For a viewer completely in the dark like me, Great Expectations had such juicy plot twists that I actually gasped several times.
By Lindaon February 3, 2013
0 Comments
Our Rating 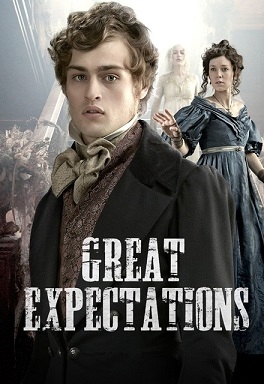 I don’t know how it is that I made it to this point in my life without ever reading or seeing any version of Great Expectations. Like, at all. I had no idea what the plot was. I was picturing some historical romp, kind of along the lines of Pride and Prejudice or something (I have no idea why). So it took me until this latest PBS/BBC version to get yet another glimpse into Charles Dickens’ effed up mind. Shoot, I should have seen it coming… after all, I’ve seen recent adaptations of Bleak House and Little Dorrit, for instance. Yet seeing young Pip being pulled through the wringer of his own great expectations (which were not always correct), totally had me on the edge of my seat.

This version opens like a horror movie, with a chain-laden convict (Ray Winstone) crawling across the muddy, misty bogs like a creature from the Black Lagoon. Though it is in the middle of nowhere—in the misty, wretched, boggy flatlands of 19th century England—he comes across a boy named Pip. The convict scares the boy into stealing a file for him (to cut off his chains), and this chance meeting sets in motion a chain of events that crisscross through the rest of the story.

Young Pip, an orphan is an an apprentice to his kindly relative Joe the blacksmith (Shaun Dooley) is one day summoned to the grand home of one Miss Havisham (Gillian Anderson), who is, by any interpretation, all sorts of crazy. Miss Havisham’s home is a sort of Dickensian Grey Gardens. It has certainly seen better days, and even has a petrified wedding cake in the dining room. Pip is seemingly there to be a friend to Miss Havisham’s adopted daughter Estella, but there may be some other plan in the works.

The delight I have found in Dickens is trying to figure out what the hell is going on. There is a massive cast of characters, and even as young Pip becomes young man Pip, and gains a mysterious benefactor that allows him to be trained as a gentleman despite his poor background… well… you know, just know, that things are not what they seem. For a viewer completely in the dark like me, Great Expectations had such juicy plot twists that I actually gasped several times. And that is just what I love when discovering a fabulous drama. 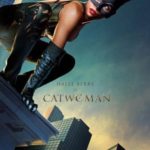