In a perfect world, every documentary I see at Hot Docs would be amazing, but we know that’s virtually impossible. Still, before the fest even starts, I’ve watched a whole bunch of awesome films that make me excited about what the rest of the fest will hold. Here are six docs I’ve loved so far: 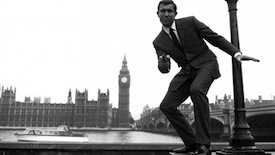 About 20 minutes into this film, I seriously considered walking out because it’s a docu-comedy, with actors playing George Lazenby (and his friends, family and business associates) as the real Lazenby – the only actor to ever play James Bond just once – narrates the story of his own life. I’m not really a fan of reenactments, so leaving was a real possibility, but am I ever glad I stayed. The film features Lazenby on Lazenby, as the actor (in a sit-down interview) regales the director and the audience with tales of his sexual exploits, his life as a car salesman, and why he shocked the world by turning down subsequent Bond films. Much to my surprise, Becoming Bond turned out to be a ridiculously fun and imaginative biography, blessed with a terrifically cheeky lead performance from Superstore’s Josh Lawson (as Lazenby), and winning supporting turns from Jane Seymour, Dana Carvey and Jeff Garlin, among others. 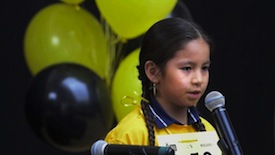 I will openly admit that I sat down for this doc somewhat skeptical. After all, so many of us have already seen the quintessential spelling-bee documentary, Spellbound, so I wasn’t sure how director Lana Šlezic was going to put a new spin on things. But lo, she did just that and the result is relentlessly charming, totally engaging and surprisingly suspenseful – I challenge you not to be on the edge of your seat as the film’s pint-sized subjects, the inaugural First Nations participants in Canada’s National Spelling Bee, stand at the microphone. Or to not literally feel your heart sink when they utter the wrong letter. The doc tracks a number of kids, but also sheds light on their unique situations living on remote reserves, where their dedicated parents and teachers strive to encourage and educate (despite limited resources) in the hopes of helping these youngsters build better lives for themselves.

Blurred Lines: Inside the Art World (7/8) 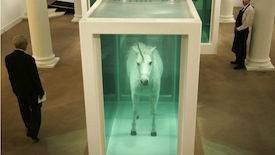 I love it when a documentary pulls back the curtain on a world I may know little to nothing about, and then completely saturates my brain with all sorts of awesome information that makes me go, “OMG, that’s what goes on?! That movie was amazing!” Director Barry Avrich’s fantastic exposé of the contemporary art world – and the complex machinations from its extensive array of stakeholders (from artists and auction houses to dealers, gallery owners and collectors) that result in pieces selling for the tens of millions of dollars – is just such a film. Fitting for a doc about art, Blurred Lines is also blessed with super-stylish credits, transitions and art direction, and is not only filled to overflowing with insightful commentary from key industry players, but – like a cinematic gallery – so many beautifully weird and curious pieces of art. 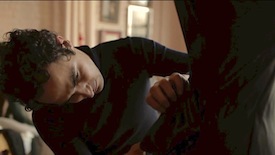 Though you don’t really need to be well-versed in the world of fashion to truly savor this engrossing documentary about designer Zac Posen, it certainly makes the experience that much richer. Aided by copious amounts of archival footage and dozens of Posen’s stunningly draped pieces, alongside interviews with industry experts and many of Posen’s friends and family, director Sandy Chronopolous crafts a fascinating portrait of the former wunderkind, who became an industry sensation in 2001 when he was just 21. The film tracks Posen’s meteoric success, his increasingly strained relationships with his mother and sister, his eventual fall from favor and his hope for resurrection as he painstakingly prepares for a pivotal 2014 show. Let’s face it: everyone loves a good redemption story and Posen’s makes for a great doc. 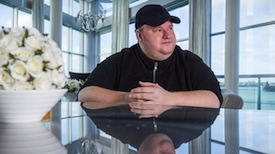 Full disclosure: I lurrrrrrve documentaries about the internet. Anytime I can see brilliant folks like Gabriella Coleman talk about cyber issues, I’m hooked. It should come as no surprise, then, that I loved director Annie Goldson’s profile of controversial Megaupload founder and notorious hacker Kim Dotcom, whose epic rise and fall has all the makings of a Hollywood thriller. Featuring tons of archival footage, and extensive interviews with the titular internet pioneer (or is he a criminal?) and experts (like Coleman!) from across the globe, the film is a comprehensive, fascinating look at a seemingly amiable guy who’s as revered as he is loathed, depending on who you ask. The film wisely stays as neutral as possible – is Kim a sweet guy or is this whole thing an act? – and is a worthy addition the ranks of Deep Web, Downloaded, We Are Legion and the like. 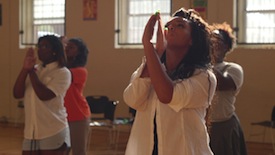 Fierce, moving and hands down a guaranteed crowd-pleaser, this lively doc from director Amanda Lipitz follows the Lethal Ladies step team – members of the founding class of the Baltimore Leadership School for Young Women – over the course of a year, as they prepare for their final season of competition and, more importantly, graduation. Lipitz trains her lens on several of the team’s key steppers, highlighting their personal struggles (poverty, academic challenges, romance, the stress of college applications) and the persistent challenges of team dynamics, setting it all to the constant rhythmic beat of a championship-title hunt. Never dull, always compelling and a terrific testament to the dedication of the girls as much as that of the teachers and principal at BLSYW, Step just rocks.