After taking the previous night off to rest and recharge, I hit the ground running yesterday for a trio of films that, though it wasn’t planned, all tied together nicely in terms of theme. 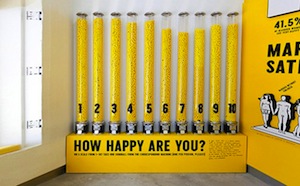 First up was The Happy Film (6/8), a doc about graphic designer Stefan Sagmeister’s quest to find out whether he can boost his level of happiness by immersing himself in various pursuits proven to do so: meditation, cognitive-behavior therapy and mood-altering drugs. In the film, Sagmeister takes a year (which gradually stretches into several years) to attempt each “treatment” for three months, after which he gauges its success rate and whether the proverbial dial has moved on his own happiness scale. Punctuated with eye-popping visuals (usually of cleverly designed self-help statements) and concluding with the world’s coolest closing credits, the documentary was fun and fairly lighthearted, with some valuable take-away nuggets audiences can apply to their own lives. And while it does address the topic of being happy, a more accurate title might have been The HappIER Film, since a good portion of it deals with bettering what you already have.

Sagmeister was also on hand for the post-film Q&A, which was lively and informative, and provided an update on one of the doc’s central figures. 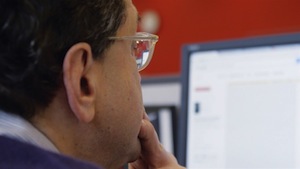 As a writer and editor, and someone who’s an unabashed fan of people who have a way with words, it came as a surprise to no one that I was really looking forward to my next film: OBIT (7/8), director Vanessa Gould’s turned-out-to-be-as-fantastic-as-I-hoped film about  New York Times obituary writers. Thoughtful, insightful and – partly out of necessity but, I would guess, also as a result of their own discipline and skill – treating the words they write with the utmost care and consideration, the writers (including brilliant wordsmiths Margalit Fox and Bruce Weber) discuss the challenges of their jobs, the reverence they have for their subjects, and the obits of which they are most proud. Equally compelling are the supporting players, who don’t pen the obituaries but whose contributions to the obit section are no less significant… chief among them being morgue archivist Jeff Roth, who received a hearty round of applause from the audience when his face and name appeared during the closing credits.

Much to my dismay, I had to bolt from the Bader as soon as the screening ended – in order to get to my next film at the Lightbox – so I missed the Q&A with Weber and Gould after the film. 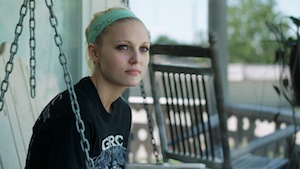 My final screening left me with mixed feelings. On the one hand, Audrie & Daisy (5/8) is a searing indictment of apathy towards the sexual assault of teenaged girls by their peers; on the other, it was a moving documentary that nonetheless lacked some of the meat, information and context that others of its ilk (including The Hunting Ground) possess. Co-directed by Jon Shenk and Bonni Cohen, the doc profiles two teenaged girls from different parts of the U.S., who were each raped by classmates while pass-out-drunk at parties. In the aftermath, both fell victim to similar virulent criticism and social-media bullying – one ultimately opting for suicide to escape what she perceived to be a life-ruining incident. And while the girls’ stories are heartbreaking, the doc felt like it was lacking in information and condemnation (of the behavior of the assailants, fellow classmates, law enforcement and the communities at large, for starters) that would make the doc a strong educational tool.

After the screening, the directors and a number of the film’s subjects participated in a Q&A where they again stressed that they want the film to be shown in schools… but I wasn’t sure whether the teen audiences they hope to affect will actually understand and absorb the message the filmmakers want them to get. Aside from Audrie’s stepfather and Daisy’s brother, not a single man in the film supports the girls or voices his outrage at the outcomes of their cases. Both girls, and their families, suffer greatly. The assailants essentially get slaps on their collective wrists. While adult audiences may be outraged and terrified by the film’s content, I wonder whether some teens may misconstrue its message as: “See? Don’t bother reporting these crimes. Your lives will be ruined, and justice will not be served.” Hopefully not. Some title cards at the end with resources for victims or their families might be a worthy addition, just in case. 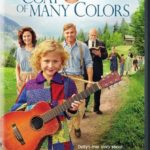