Sometimes at Hot Docs, you’ll see films profiling subjects who tell stories through art (or tall tales), and other times it’ll be directors telling the stories of key chapters (good and bad) with their films. Here’s a quartet of films that feature both approaches.

2nd Chance (6/8)
The story of Richard Davis, the guy who invented the bulletproof vest and famously shot himself in the chest over 190 times to prove its efficacy, is truly bizarre. And director Ramin Bahrani mines that fertile territory for all its worth in this weirdly wonderful doc that gives Davis a forum to weave a colorful first-person account of his life… only to then unravel it one thread at a time. The gun-loving Michigan-based one-time body-armor magnate dominated the self-protection industry for many years — outfitting police forces, armed forces and U.S. presidents alike — while directing violent B-movies about the glories of law enforcement on the side. But how many of the tales he tells, including how and why he invented the vest and started his business in the first place, are actually too tall to be true? Archival footage and interviews Davis’s friends, colleagues and ex-wives, paint a portrait of someone who thrives on being the center of attention, and who seems to be a lot to manage. But it’s Bahrani’s conversations with Davis himself that prove to be the most compelling, giving Davis a (second) chance to set the record straight. Whether he does or not is something you’ll have to see the film to find out.

Framing Agnes (6/8)
Actors Anjelica Ross (Pose), Jen Richards and Zackary Drucker are among those contributing to the historical re-enactments in director Chase Joynt’s examination of a (literally) long-buried 1960s study of trans men and women, conducted at a UCLA gender clinic. Blending fact and fiction, and framed as a vintage talk-show with Joynt assuming the role of host probing the lives of his study-subject guests (whose stories are pulled directly from the archival interview transcripts kept by clinic physician Dr. Harold Garfinkel), the film introduces audiences to a largely unknown chapter the history of the trans experience in America. By recreating the accounts of the study’s participants — including the titular subject, who took part in the study as a means of accessing gender-reassignment surgery — Joynt offers glimpses of what life was like for trans men and women some 60 years ago (spoiler alert: it wasn’t all trauma and pain and isolation), adding context from historian Jules Gill-Peterson. Those segments are revelatory and fascinating but, for me, the film starts to falter and lose direction a bit in its final third, when the focus seems to shift to Gill-Peterson and her experience in an effort to make the connection between past and present. Still, it’s a doc definitely worth checking out, especially for fans of Ross, who further cements her formidable talent here.

Gabor (8/8)
Lemme cut right to the chase: this film was a TOTAL DELIGHT. Incredibly charming and visually captivating, it’s simultaneously a loving ode to gifted 94-year-old Canadian documentary-photographer Gabor Szilasi, and a quirky road movie tracing the history of its central subject, and life in Quebec, from the 1940s to present day. Beautifully directed by Joannie Lafrenière, whose meticulous attention to detail makes every single frame a gorgeously composed shot, the doc chronicles Szilasi’s life and work, from his harrowing childhood in Nazi-era Hungary to his arrival in Canada in his 20s, and his subsequent decades-long career capturing everyday people doing everyday things. Lafrenière’s friendship with Szilasi gives the proceedings a lighthearted, playful vibe and affords her intimate access to his friends and family, as well as his amazingly extensive body of work, which she peppers though the film. A complete pleasure from start to finish, Gabor is a heartfelt portrait of an artist and his art, and deserves a spot on every photographer’s must-see list.

Unloved: Huronia’s Forgotten Children (7/8)
This doc about the decades of dehumanizing abuse, neglect and mistreatment endured by the young charges at the Huronia Regional Centre in Orillia, Ont., is not an easy watch, but its heart — and the measure of healing it documents — help make the chilling and upsetting subject matter a little (a little) easier to stomach. That’s due in large part to the personal connection director Barri Cohen has with the notorious Canadian institution for the developmentally delayed: as a child, she had two half-brothers who were sent to, and (she discovered as an adult) died at, Huronia. Through archival footage, photos and news reports, Cohen examines the disturbing history of these types of facilities in Canada and their roots in eugenics, while simultaneously untangling her own family’s long unspoken secrets. With tenderness and understanding, she also interviews resilient Huronia survivors and advocates, who recount their experiences at the institution — which, shockingly, was only permanently shuttered in 2009 — and who celebrate their landmark 2013 $35-million class-action legal victory against the Government of Ontario. Heartbreaking, emotional and inspiring, Unloved is an important film, bringing to light a tragic chapter in Canadian history so that, one hopes, it’s never repeated. 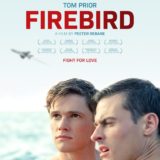