Underdog sports movies fit Kevin Costner like a polo shirt and khakis, and the appealing, inspiring McFarland, USA is no different.
By Lindaon June 6, 2015
0 Comments
Our Rating 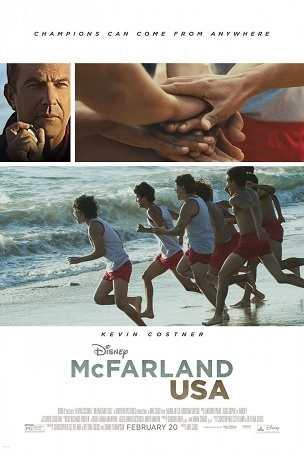 I have to admit, years ago I dismissed Kevin Costner as being one of the dullest, most generic, white-bread actors around. But dammit if he didn’t start to slowly win me over when he made me cry in his five minutes of screen time in Man of Steel. Not only that, but he helped clean up oil spills with his own invention, and added surprising humanity to Whitney Houston’s tabloid-soaked death with his moving speech at her memorial. Now, for me at least, his name on a marquee isn’t a deterrent, but dare I say it, kind of a lure. He’s become the all-American strong dad/husband/friend that always has your back.

In McFarland, USA, that is no different, and the film plays up to Costner’s strengths, plus his long-standing appeal in the sports-movie genre. I had heard the name of this movie, and thought it sounded, well, whiter-than-white (again)… perhaps it was a movie about young white boys playing basketball/baseball/football while surrounded by corn. The catch is that McFarland is a wretchedly poor California town populated by wretchedly poor “forgotten” migrant workers from Mexico. When Costner’s Jim White gets fired from his high school coaching job for one violent outburst too many, the only place that will hire him is this downtrodden town’s high school.

It is almost too good that White’s name is, well, White (or, as the Hispanic kids call him, “Blanco”). He and his family (wife played by Maria Bello, and they have two daughters) look like frightened suburbanites dropped into gang-land. As one local kid says, “There ain’t nothin’ American Dream about this place.” The skittish family quickly learns that like any town, most people are good people, and the bad seeds are often that way because of extenuating circumstances. Like the kids that White teaches as a P.E. teacher. They are not good football players, and admittedly he is not the best coach. But he sees that some of the boys have remarkable speed and stamina while running laps. This sort of stamina is good for distance cross-country running. Next thing you know, White has permission to be the school’s first cross-country coach instead. But when he finds out the reason these kids are so good at running (they work in the fields before school, run miles to school, and run back to work after), he realizes that there are cultural and socio-economic obstacles that will make the team’s road a lot tougher.

McFarland, USA is, of course, a rousing sports drama that follows the underdog-to-winner story arc to a T. Costner is solid, as usual, in the type of coach role that has always fit him so well like a polo shirt and khakis. The kids (half of whom play brothers named Diaz) are all good, and slowly emerge as distinct personalities. And what we love most about these sports movies proves to be the case for this one as well: It is all based on a true story. As these hard-working boys learn to compete and excel in a sport dominated by richie-rich white kids, you can’t help but cheer them on.

Just as hoped, one of the extras “McFarland Remembers” includes interviews with the real Jim White and members of the 1987 cross-country team that inspired the true story behind the movie. There is also a featurette about how the team inspired the real community of McFarland, plus there is a music video by Juanes, and deleted and extended scenes. 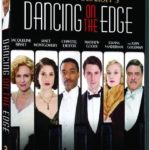 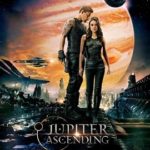