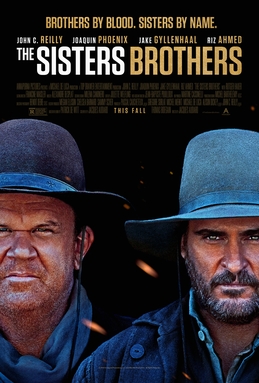 The opening sequence of The Sisters Brothers is visually striking in what you cannot see. In the distance, flashes of gunfire light up complete darkness. You make out that some gunfighters are on the porch of a house, the rest are hiding in the bush. As bodies drop, the victorious gunslingers (the titular Sisters brothers) move through the house by candlelight to shoot whoever is not dead for good measure.

It is a nice start to the film, pointing out cinematic defaults that are so obvious when taken away. Gunfights do not always happen under the light of a full moon out in the frontier. And people don’t die as cleanly as you might think based on classic Westerns.

Eli (John C. Reilly) and Charlie (Joaquin Phoenix) are guns for hire, and are chasing down to assassinate a mysterious Hermann Kermit Warm (Riz Ahmed). What they don’t know is that one John Morris (Jake Gyllenhaal), the man who is supposed to help catch and kill Warm has caught up to the man first… and made friends. Now the Sisters are chasing Warm and Morris across Oregon Territory to kill them. Why? Well, that’s their job.

Eli, the nicer older brother is like that typical cop-buddy conceit: just one more hit and he’ll retire… maybe he’ll open a store… maybe he’ll find the schoolteacher he pines for. Charlie, on the other hand, is more of the killer. Perhaps his goal is to one day kill the man they work for, the Commodore, and take his role of power in the Territory.

This all sounds quite serious, and a lot of it is very grave and bloody. But The Sisters Brothers also tries to insert some of the goofy humor that O’Reilly and Phoenix are so adept at. But the tone doesn’t always work.

Then there is a bit of fantastical aspect to the story. Hermann Kermit Warm is a valuable hit because he has apparently invented a way, involving chemicals, to be able to effortlessly find and mine gold. These sequences end up being some of the more weird and entertaining, almost hitting a type of There Will Be Blood weird magic. And that is another part of the problem: Warm and Morris and their relationship is developed, then they are dropped for an hour until we catch up to them again. The narrative was inconsistent, and unfortunately, their plot is actually more interesting than that of the brothers themselves.

The Sisters Brothers in tone and pace kind of left me scratching my head. It’s rambling narrative makes it seem longer than its two hours, and I was left kind of thinking, “Huh” at the end. I hear that it is based on a book, but honestly this movie adaptation didn’t leave me intrigued enough to want to seek it out. For me, that is saying a lot. 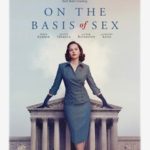 PreviousOn the Basis of SexNextFirst Man 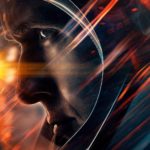