Romance With a Double Bass

The John Cleese Comedy Collection pulls together some of his rareties and lost gems.
By Lindaon December 19, 2012
0 Comments
Our Rating 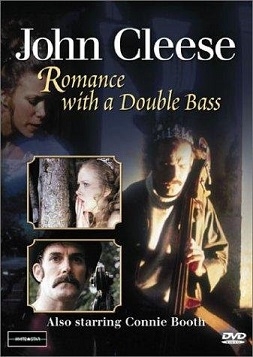 The only thing making this set of three DVDs a “collection” is the flimsy cardboard sleeve, and the loose theme of comedy (I ask you: Is there such thing as a John Cleese drama collection? Think about it!). The three featured films (well, two films and one television special, rather) clock in at 65 minutes, 40 minutes, and 55 minutes, respectively, with no extras to speak of. Seems that they could have been “collected” onto one or two DVDs to save space on our shelves, except for the fact that the features have nothing to do with each other. That said, they need to be reviewed separately:

How To Irritate People (5/8 slices)
A television special from 1968, How To Irritate People is a collection of comedy sketches hosted and starring John Cleese, along with several of his Python pals including Michael Palin and Graham Chapman. Cleese is the completely deadpan host, as he solemnly introduces each scene, illustrating the many ways one can irritate another person. Alas, the skits are hit and miss, reminding me of the quality of an average episode of any comedy-hour type special. One I particularly enjoyed, however, was a scene with a row of little old ladies (of course all played by men) ooo-ing and aaah-ing in unison at a movie theater, irritating the man sitting in front of them. They say a man in drag is always funny—though I’d say that isn’t always true, it is whenever the Pythons and their pals are the players.

Romance With A Double Bass (7/8 slices)
This short film, clocking in at a brisk 40 minutes, never overstays its welcome with a simple, sweet, and often hilarious tale based on a short story by Anton Chekhov. En route to playing his double bass at a royal wedding in the countryside, a musician (John Cleese) goes skinny dipping to while away some time. In the meantime, the princess who is to be married also goes for a dip down the way. Both of their clothes get stolen by a peeping tom, and the rest of the film involves the two of them, buck naked (except for his top hat and her tiara), trying to sneak back into the crowded countryside estate before the guests arrive. Cleese is charming, and he is matched scene-for-scene by Connie Booth, one of his frequent co-stars. The nudity is never sexualized (as it would be in an American movie) but is treated is a rather awkward inconvenience, and maybe a bit embarrassing. Romance With A Double Bass is sweet and highly enjoyable.

The Strange Case Of The End Of Civilization as We Know It (6/8 slices)
It is modern times (aka 1975), and Dr. Henry Gropinger (aka Kissinger) is killed at the T.E. Lawrence (of Arabia) Airport. Political mayhem ensues, so Scotland Yard enlists the help of a gaggle of international law enforcers, plus the investigative skills of the “most recent” Sherlock Holmes (Cleese). Followed by trusty Watson, who has bionic body parts by the way, Holmes is on the trail of, yes, the latest descendent of Moriarty the assassin! Though very much of its time, full of 70s political references from African dictators to red-book wielding Chinese, this hour-long film is a hoot. Cleese is a game physical comedian as usual, but the surprising show-stealer is Arthur Lowe as Watson, with his amazing deadpan delivery which is frankly, dear Watson, hilarious.

NOTE: The visual quality of all of these films is pretty bad, as though they had been taped off of the TV then transferred to DVD. There is even a moment during Strange Case where a line actually ripples up the screen, distorting the image. I thought for a moment that the machine was eating my tape… until I remembered it was actually a DVD I was watching! 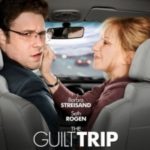 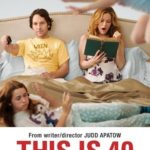