Out of the Furnace

In this bleak drama, a little bit of revenge is the best you can hope for when so much has been destroyed.
By Lindaon March 22, 2014
0 Comments
Our Rating 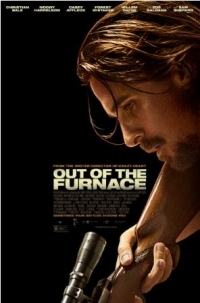 I wasn’t sure what to expect from Out of the Furnace. From the trailers, it looked like a revenge thriller, with shaggy Christian Bale toting a rifle to hunt down the rednecks who did his brother wrong. Well, that is kind of the story, but is really only half the story. Quite literally half, as that sort of action doesn’t even start until a full hour into this quiet, bleak drama.

Bale plays Russell, who is a good man living a humble life in a depressing American town. This small Pennsylvania town probably had a boom at one time with steel or iron. Now Russell works at the mill like so many others; like his dad did. It’s fine. He loves his woman Lena (Zoe Saldana). He loves his dying father. He gets along with his uncle. And he supports his messed up, always-in-debt Iraq veteran brother Rodney (Casey Affleck) the best he can. But Russell’s life is turned upside down after a horrible car accident, in the most literal sense of the word. Russell goes to prison.

At this point, you start to wonder what movie that trailer was advertising. Russell is released from prison after an indeterminate number of years. His father has died, his woman has left him and is with another man, and his brother is even more in debt and messed up than before. Russell doesn’t have much to build on, but he does what he can. One day, his brother Rodney disappears, and it turns out he went to fight in a dangerous fighting ring up in the redneck Appalachians to settle a debt. The ringleader of this operation is a bonafide threatening thug named Harlan (Woody Harrelson). As Russell has lost everything, he decides he can’t lose his brother too. He’ll go find him, dead or alive, because that is all he’s got left.

Rather than a thriller, Out of the Furnace is actually a character-driven quiet drama. Bale, ever the chameleon, does a nice job being a not-bad guy whose life has been not that great lately. Bale and Saldana absolutely break your heart in a scene where Russell and Lena see each other for the first time after he is released. They still love each other, but she has moved on. Ugh. Such is life, and they brought me to tears in about two minutes. Affleck also does nicely in a live-wire role as the misfit brother who can’t adjust to life after war. He’s a screw up, and he knows it. And Woody Harrelson, well, we all know that he can play scary rednecks really well, and he does his part here.

Like his previous film Crazy Heart, writer/director Scott Cooper has crafted a film of loss and redemption, creating every-day characters who are a bit down on their luck, whether they deserve it or not. Out of the Furnace was not at all what I expected… it was actually better than I expected.

Extra include interviews with the actors who discuss what inspired them to be actors, as well as a piece about choreographing the fight scenes, a featurette about the music, and a conversation with writer/director Scott Cooper. 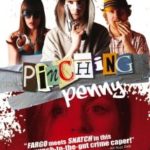 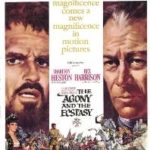