Considering the sheer amount of talent in front of and behind the camera, it is a surprise that Jersey Boys never catches fire. 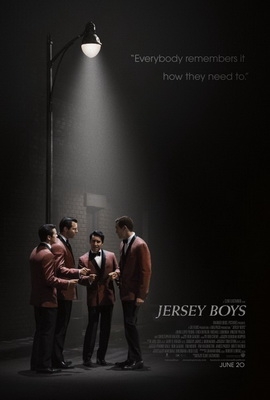 Clint Eastwood has directed so many fine films, one after another, that it comes as a surprise that his film adaptation of the hit Broadway musical Jersey Boys is such a miss. It is not a fault of the talent, especially when most of the major characters are played by folks who starred in the stage musical. It’s not a fault of the story, which is one of those truth-is-stranger-than-fiction “behind the music” tales. It’s just that, as a film and as a muscial, it never gels.

The story starts in 1951 Belleville, New Jersey. Tommy DeVito (Vincent Piazza) narrates to the camera, telling the audience his side of the story. He and his boys are in a band, and are all small-time crooks, each taking their turn in the slammer. Since it is Jersey, it is no secret they have ties to the mob, especially Gyp DeCarlo (Christopher Walken). DeCarlo is mentoring and encouraging his young apprentice hairdresser Frankie (John Lloyd Young) to keep practicing his outstanding voice, and next thing you know, Tommy’s band has hired Frankie as their singer.

But this is no overnight success. The boys toil for years (which is kind of forever in movie-time) until they hook up with a young songwriter named Bob Gaudio (Erich Bergen) who finally provides the hit songs to go with the hit voice. With flamboyant record producer Bob Crewe (Mike Doyle) working his magic, a new band name (The Four Seasons) and Frankie providing the unique falsetto voice, they become superstars. But like any band, there is a dark side… (drumroll) involving huge debts, wild parties, arrests, and the mob. Who knew?

The thing is, Jersey Boys only truly lights up when it sticks to the music. And it is not until almost an hour into this overly-long film that the band first croons the hit “Sherry” into the phone for their producer for the first time. Until then, we are told to believe that this kid with kind of a shrieky voice has the pipes to make mobsters cry. Sometimes the background music will tease you with “December, 1963 (Oh, What a Night)” or “Working My Way Back to You” (both songs I knew, but had no idea it was the Four Seasons), but it doesn’t follow through. Moments like when Frankie, in mourning from a death, and trying to move on without the band, sings “Can’t Take My Eyes Off You” show the type of movie that Jersey Boys should have been: a gripping, music-driven, entertaining drama. Instead, it is sludgy with memorable moments few and far between. By the time the actors show up in poorly-done old-age makeup for the epilogue, the movie should have been long over.

The film actually doesn’t turn me off from seeing the stage musical. There are moments where you can understand that the story is probably great fun live. One of the Blu-ray extras “From Broadway to the Big Screen” shows the passion that went into the award-winning stage musical (which has been adopted with great love by people from New Jersey, unsurprisingly), and its transition to the big screen, including landing Clint Eastwood and a cast of veterans of the musical. “Too Good to be True” has a few members of the cast going ga-ga for Christopher Walken. “Oh What a Night” goes behind the scenes of the final-credits dance scene.