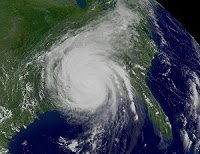 Taking a step back, I can see that my two film choices for the day has similar themes, despite wildly different situations. Both films portrayed disenfranchised people, kept in their place by those in power. But both films had central characters that fight back, even as all odds seem to be against them. One film took place in America, the other in Taliban-run Afghanistan. Surprising, eh?

My Hurricane Katrina story was that I flew out of the country hours before the monster storm hit the Gulf Coast (hearing bad news in the international press, and even worse news when I got home). I remember watching the airport news, with images out thousands upon thousands of red taillights of cars as New Orleans evacuated in advance. But not all who wanted to leave could. One of the great shames of that city, and this nation was that no public transportation was provided for those that had no way to leave the city. 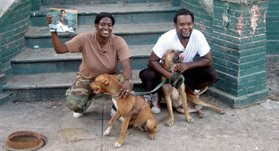 Trouble the Water (6/8) is a fascinating account of a makeshift family, headed by the fierce and strong Kimberley Roberts, who not only weathered the storm in one of the poorest neighborhoods in New Orleans (which was flooded when the levees broke), but took care of her own in the aftermath. Kim had just bought a video camera for $20 the week before the storm, so had amazing first-person footage as her family and a handful of neighbors retreated to the attic of her house as raging water reached as high as a stop sign down the street. No one came to help. No one. Her brother Larry (a hero if I ever saw one), carried survivors one by one to a neighboring house that had a safer second floor. Their saga is interspersed with images from the media, that watched rather agog, and frantic (and haunting) 911 calls from people trapped in their houses with rising water, who are told, “No one is coming.” The second half of the film can only suffer in comparison to the footage from the storm and its immediate aftermath, as Kim gathers survivors and goes north, but Trouble the Water is still an important and scathing document profiling just a few of the thousands of people that the U.S. Government abandoned in a time of their greatest need. 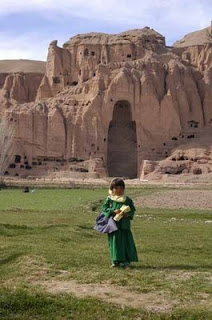 I had heard positive buzz about Buddha Collapsed Out of Shame (Buda as sharm foru rikht) (8/8), but honestly thought that it was a documentary. Boy, was I surprised to find an intimate dramatic (and at times sweetly funny) story about one little girl named Baktay who just really really wants to go to school like the neighbor boy, her friend Abbas. Taking place in the gaping wound in the cliff side where the Buddhas of Bamyan once stood, the story is told entirely from the children’s point of view (and these are LITTLE kids… Baktay looks to be 5 or 6 years old). Each task in her day is an epic journey: buy a notebook, survive horrific torment from Taliban-influenced boys “playing” war, and simply find the school for girls. All of the children are great, and little Nikbakht Noruz who plays Baktay, has created the most natural performance by a young tot since they tortured that little French girl Ponette onscreen (who cried big wet tears when her movie parents died). How do they make children act? Astonishingly, director Hana Makhmalbaf was 18 when she made the film! It’s helps that she had the genes of a master filmmaker in her, but still, this film was amazing. 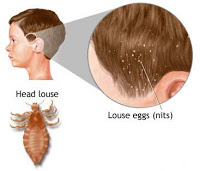 As a postscript to my evening, as I was walking down Capitol Hill from the Egyptian to downtown, I passed by several posters tacked onto telephone poles. The Seattle Health Department, by law, is required to tell the public that a Code Orange level warning has been issued for a LICE EPIDEMIC. What the f…?!?!?! These notices were conspicuously posted on Pine Street, in the area of lots of clubs, cafes and bars. Is the lice infecting club kids? SIFF-ers who have been sitting in too-close proximity to each other for a month? People who frequent coffee houses? Is this for real? Weird. (scratch scratch scratch) 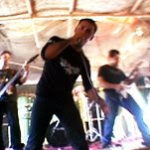