As the fest goes on, I sometimes find it hard to remember what movies I saw on a certain day. You know that you are getting fest fatigue when you can’t remember the films that you saw earlier in the same day. This is especially true when you get that rare (for me) opportunity to see several films back-to-back, as I did today by playing hooky from my “real” job and going to the press screenings in the morning and afternoon.

In the afternoon, I had to furrow my brow and concentrate for a full minute (think! think! think!) to remember what my first film of the day was. Funny enough, of the three in a row that I saw, it was even my favorite of the bunch. Home (6/8) stars the queen of French unhingedness (coined a new word!), the fabulous Isabelle Huppert. Not only do I like to say her name with the most exaggerated accent possible (“Oooo-PARE”), but I like to look at her. Her characters are almost always a bit (or a lot) off, and it is fun to search for the first glimmer that she is losing it (as she almost always does). 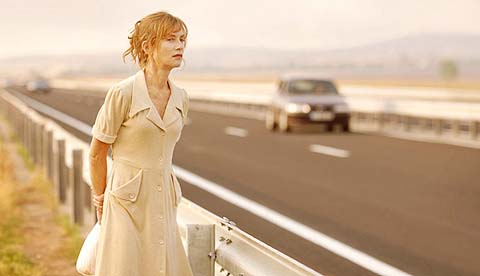 Isabelle (as I choose to call her) lives a sort of hippie lifestyle off the grid. She and her husband, two teenage daughters, and young son live in a sensible house that first seems like the only surviving structure in a post-disaster wasteland. That seems, at first, the only explanation why the house sits right next to a desolate and empty four-lane highway—their couch sits smack in the middle of it, and the boy rides his bike up and down the vast concrete lanes. Turns out, they are kind of squatting next to a highway to nowhere that was never finished 10 years before… until one day the pavers show up, the lines are painted, and the major thoroughfare is suddenly open for traffic. Next thing they know, the family’s quiet, idyllic remote lifestyle is interrupted by semis roaring by their front window, and traffic jams on the other side of their front door. Isabelle starts to lose it (can you blame her?) as the family tries to adapt, taking drastic measures. Home feels like a cool, weird short story, and was a nice surprise since I had absolutely no expectations. And the acting across the board is entirely believable, from the dad trying to keep it together, to the middle daughter freaking out about pollution and creating homemade hazmat suits to go outside. I liked it. 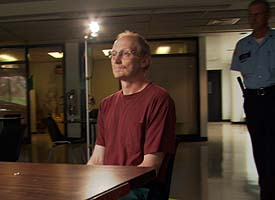 The next film I was excited about, and it delivered in one sense (with its “too strange to be fiction” true story), but still felt not quite up to snuff in others. talhotblonde (5/8) is a documentary about a bizarre love triangle that took place entirely in online chat rooms, where two men (who happened to work together) were in love with the same 18-year-old flirty vixen several states away. Jealousy and anger erupt, and one man is killed by the other in an obsessive rage… except the crazy thing is that hardly anyone was what they seemed online, so the murder was over a complete and utter fantasy on all sides. The story is absolutely fascinating and completely crazy in a “what?!?!? ewww!!!!” kind of way. Except the documentary itself kind of lacked for me. For one thing, it was “narrated” by the dead man, which seemed a strangely exploitive stunt, as there was no indication that they were his own words (from a journal or anything). And it just felt like it could have been put together better… it’s hard to put my finger on it. The story is certainly great… the documentary is OK. 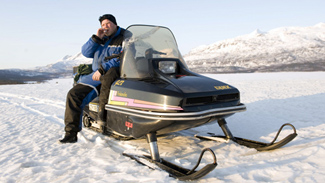 The last film of my day was North (Nord) (5/8), an enjoyable, if kind of forgettable Norwegian off-road “road” movie that takes place on a snowmobile. 30-year-old Jomar, who is a miserable ski-lift operator that suffers from anxiety, hears that his ex-girlfriend who left him when he hit rock bottom has a 4-year-old child that is his. He accidentally burns down the ski cabin, and, taking that as a sign, decides to go visit his ex and meet his child. Off he goes on a snowmobile, heading up to the Far North. Along the way, he meets a variety of characters, like in any road movie, all to a surprisingly twangy alt-country soundtrack (as though he was driving Route 66, and not across frozen lakes). It is a very pretty movie (I love that sort of snowy northern landscape) and the characters are quirky. But honestly, the main thing I’ll remember from this slight (under 75-minute movie!) is the most memorable exit of a character that I’ve seen in a long time, involving a frozen lake and a chain (don’t want to spoil it!). 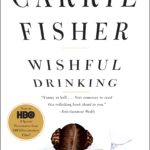