Once again it’s time for the Seattle Lesbian and Gay Film Festival, or as we like to call it, The Festival of the Gays! You can catch a bunch of reviews right here on the Moviepie blog once the fest starts. The festival runs October 16th through 25th, and features highlights like the Opening Night film An Englishman in New York starring John Hurt (reprising his role as Quentin Crisp), the Closing Night film Hannah Free starring Sharon Gless (LOVE. HER.), and other intriguing films like The Big Gay Musical, Drool, and A Touch of Mink: An Evening with Mink Stole.

OFFICIAL WEBSITE: See the full schedule for the fest.

TRAILERS: Not only is there a festival trailer (see below), but Three Dollar Bill has posted its own channel on YouTube, showcasing a bevvy of trailers of films that will be playing at the festival. 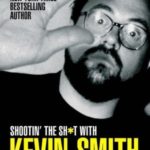 PreviousShootin’ the Sh*t with Kevin Smith: The Best of the SModcastNextSLGFF 2009 #2: Lola runs (again) and we visit two Europes