With so much going on visually, it ultimately made me feel kind of blinky and tired.
By Lindaon December 22, 2012
1 Comment
Our Rating 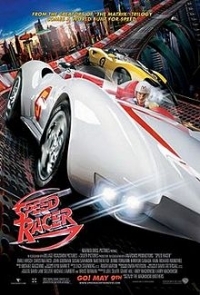 Speed Racer may just be this generation’s new Tron. No… wait… I take that back. Tron, though notably a kind of stinky movie, was still certainly a memorable film for its time and is worth an occasional revisit. And over the years, Tron, despite its flaws, grew in cult status as a sort of video game movie landmark. Speed Racer, on the other hand, is simply a video game rather than a video game movie—and a very bright, shiny video game at that, with so much going on visually that it ultimately made me feel kind of blinky and tired.

I can hardly blame the surprisingly good cast for signing on to the elusive and picky Wachowski brothers’ latest project. The Wachowskis did kind of bomb (critic-wise and fan-wise) with the Matrix sequels, despite the fact the films still earned a butt-load of money. But even the most jaded fan was curious to see what they came up with next. However, a live-action remake of the classic anime cartoon Speed Racer? Hmmm… a bit of an odd choice. The Matrix films were clearly adult sci-fi, and Speed Racer would almost have to be a kiddie movie. It was quite a leap, and ultimately not very successful one for the brothers. Why did Speed Racer end up bombing, this movie that was supposed to be one of the first summer blockbuster films of the year? Well, maybe because the public saw through the bloated, soulless Technicolor trailers for the film, and simply (and smartly) stayed away.

Speed Racer (Emile Hirsch) is, well, a speed racer. He lives for the thrill of racing cars, a sport that is in his blood. His beloved older brother Rex died years before when Speed was a kid, in a fiery racing crash after losing his reputation through a series of racing scandals. But Speed wants to redeem his brother, and also support his family, including car designer Pops (John Goodman), loving mom (Susan Sarandon), and supportive girlfriend Trixie (Christina Ricci). But as Speed starts to win races, like no one has seen since Rex’s heyday, a sleazy corporate sponsor named E. P. Arnold Royalton (Roger Allam) takes interest. When a sponsorship that looks too good to be true turns out to be a ploy to get Speed and other racers to “throw” races, why Speed decides to win everything on his own terms, and take back the purity of the sport! Or something.

Speed Racer certainly has the look of a kiddie movie, all bright primary colors, shiny surfaces, and cars that jump, spin and race like they are skateboards in a skatepark rather than cars on a course. But there are occasional unnecessary swear words thrown in, plus some wince-inducing brutality. For instance, one Japanese racer, played by cutie-pie Korean actor Rain, is beaten bloody by bad-guy thugs, then threatened with a tankful of piranhas. Plus the whole evil scheme of the bad guys involves corporate corruption and the stock market, a rather complicated scheme that would have kids scratching their heads. And if you think a little kid would sit still through 135 minutes of bloated eye-candy? Think again.

Ultimately, Speed Racer, despite all of its noise, color, and flash, is strangely uninvolving. The races that should be thrilling have a sort of sensory-overload quality that make them a hard to follow. The characters are poorly developed, as though the Wachowskis decided to stick so close to the cartoon source that everyone ends up decidedly 2-D. And the plot, which should have some oomph of a young man fighting for what is right, falls flat. Let me just say I managed to sort through a pile of unopened mail, fold laundry, pay some bills, and do the dishes while “watching” Speed Racer… and didn’t feel like I missed a thing.

The pickings are pretty sparse on the single-disc version of Speed Racer, with only a couple featurettes: “Spritle in the Big Leagues” follows young actor Paulie Litt as he wanders around various areas of the set (effects, costumes, editing, etc.) as on-screen pop-ups offer tidbits about the making-of; and “Speed Racer: Supercharged!” shows fancy animated blueprints (spining in 3-D, of course) of the supposed insides of all the various racers’ cars. 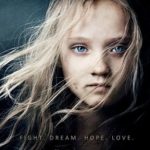 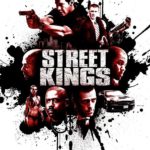