Web-slinging Peter Parker may not have gotten exactly what he wished for after a botched spell from Doctor Strange, but Spider-Man fans sure did in this wildly crowd-pleasing chapter.
By Lindaon May 17, 2022
Comments Closed
Our Rating 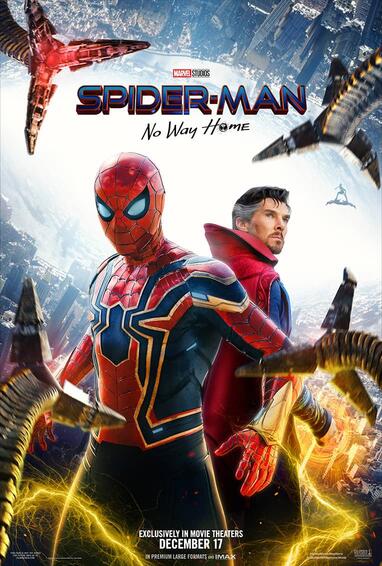 Peter Parker (Tom Holland) can’t seem to catch a break. After all, he spent the entire last movie just wanting to tell a girl that he liked her on their school trip, but his teenage angst was interrupted by his duty to save major European landmarks from getting destroyed by one power-hungry Mysterio. Now Peter is living with the fallout of his identity as Spider-Man being exposed by Mysterio, and frankly it sucks. Especially when the media is plastering his face on TV and billboards, calling him a murderer. So much for living a normal life.

It all comes to a head when Peter, his now girlfriend MJ (Zendaya), and buddy Ned (Jacob Batalon) have all of their college applications rejected because no school wants that sort of negative attention. In desperation, Peter goes to Doctor Strange (Benedict Cumberbatch) to see if he can whip up some sort of spell to make the world collectively forget his identity as Spidey… Oh, I mean, except his friends. That’s OK. Oh, and Aunt May, she should know. Oh, and… oh, wait… is the spell done? Did Doctor Strange accidentally kind of splinter the multiverse due to a teenager’s interruptive babbling? Oops.

Spider-Man: No Way Home‘s concept of the multiverse is what used to be called “a rift in the time/space continuum” on just about every episode of Star Trek. It is a sort of get-out-of-jail-free card for screenwriters, but it is tough to blend universes without it coming across as a cheap parlor trick for the sake of a cameo or two. The thing is, Spider-Man: No Way Home does it really well.

Before you can look up Spider-Man movies of the last 20 years to remind yourself of villains and plotlines, the Green Goblin (Willem Dafoe) shows up cackling, riding his floating green hoverboard, then Dr. Otto Octavius (Alfred Molina) with his machine-like tentacles drops in to destroy a bridge. By the time Electro (Jamie Foxx) starts sucking up electricity from the power grid, it soon becomes apparent that more familiar characters may show up. Yet still, when we see Peter Parker (Tobey Maguire) and Peter Parker (Andrew Garfield) meet Peter Parker (Tom Holland) for the first time, you can’t help but get a little choked up about how well this overlapping of universes works.

There is a sort of sweetness to the multiple Spideys teaming together to make things right. After all, being Peter Parker, no matter what timeline you come from, is a lonely business. The people you love are always in danger, and by the end of this film, Tom Holland’s Peter bears the burden of a great loss, just like his “brothers” from other universes. (Let me just say this, Tom Holland knows how to cry… fair warning that you may be mopping away tears with your sleeves more than once in this chapter.)

But it wouldn’t be a Marvel movie without spectacular action sequences, and by multiplying your Spider-Men by three, those scenes are that much more thrilling. At times it reminded me of the ill-fated Broadway show of Spider-Man: Turn Off the Dark, where I sat nervously in the front row to have multiple actors in Spidey suits literally fly over my head in the theater to land on stage just feet in front of me. This film is exciting on a big screen, I’m just saying.

Tom Holland, in my book, is the best Spider-Man so far. He is appealing, super-limber and athletic, and actually looks like a teen. But the truth is, being lucky enough to be in really well-made movies certainly doesn’t hurt, and I think (especially after watching the special features) that Andrew Garfield and especially Tobey Maguire, seem to be a bit dazzled to be involved in the production as well. They all know what a huge secret they’ve been involved in (as it was filmed hush-hush during the pandemic), but have an inkling that the quality of the movie is off the charts. The truth is, if Spider-Man as a character wrapped up with this film, it would be a perfect final chapter. But, hey, this is Marvel, one end is another beginning. 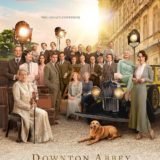