Despite the sexy cast and intriguing setting (Soviet-occupied 1970s Estonia) this gay romantic drama never really takes off.
By Lindaon May 1, 2022
0 Comments
Our Rating 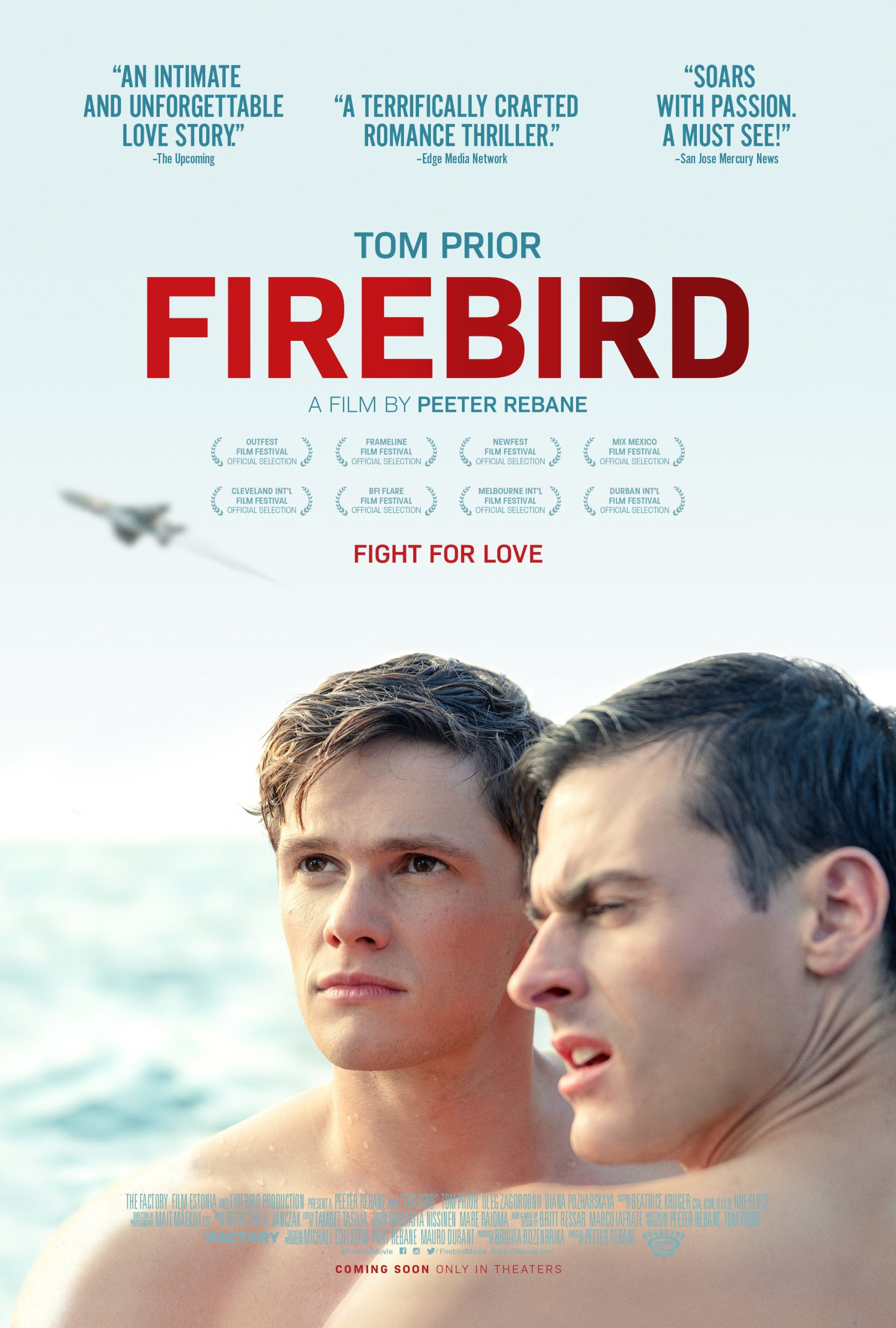 In 1977 Soviet-occupied Estonia, Sergey (Tom Prior) is a young military conscript who is mere weeks from the end of his service. He spends his time sneaking out and swimming with his friends from the Air Force base, coyly flirts with and skitters away from his friend Luisa (Diana Pozharskaya), and dabbles in photography where his lens is often distracted by photogenic lips of other soldiers. One day he catches the eye of a handsome, square-jawed fighter pilot named Roman (Oleg Zagorodnii) who has just been transferred to the base. And just his luck, Sergey is assigned to be his driver.

Quickly, it seems, the new men fall into an easy friendship, bonding over their love of photography (Roman has converted his apartment bathroom to a darkroom), and love of theater (Sergey wants to be an actor, but has been encouraged to go home to his family farm). And, in the classic romantic tension clichés, their glances linger, their fingers brush each other over trays of photography chemicals, and the “Do you have a girl at home?” question is dropped as casually as possible. Doesn’t take long for tension to build and for kisses (and more) to be furtively swapped wherever they can find privacy.

But as this is the Soviet Union, there are eyes everywhere. Suddenly Roman is pulled aside and questioned by the KGB about partaking in homosexual activity with a private. Despite his staunch denial, he is freaked, especially with the threat of 5 years of hard labor and never being allowed to fly again. As Sergey leaves the base at the end of his service, Roman has withdrawn to Sergey’s dismay, choosing the straight and narrow path to keep his career in line.

As this is a classic-styled melodrama, Firebird follows the characters for several years, where their true love can’t be denied despite the choices they have made for themselves (including Roman marrying and starting a family with Luisa). Its’ assumed that you want to root for these two, despite the fact that Roman’s actions seem sort of selfish, and Sergey, despite eventually being the more mature of the two, still goes along with everything despite his own affection for Luisa. As you can imagine, things end up being quite a mess.

The film itself looks good and the actors are fine, yet the film, to borrow imagery of the fighter jets, really never takes off. It is solid and pedestrian with an attractive and sexy cast, but the script doesn’t delve too deep into the characters (we know a little about Sergey, but what is Roman’s past?) or offer much about the interesting political and cultural era in which it takes place. For every moment of “will they be caught?” tension, like soldiers with guns almost catching them coming back late from the theater, or the pounding on Roman’s door when the two have been entangled in bed moments before, there is the contrast of a strange amount of freedom. For instance, they seem to have a lot of free time for being on a military base, and when the story moves to Moscow, there’s a wild private party of pilots and drama students where no one seems to have a care in the world, much less be worried about the KGB spying on their goings-on.

As it is based on the memoirs of the real-life Sergey, Firebird seems to be playing it safe and probably literally by the book. Apparently, the real Sergey died just before the making of the film, and the filmmakers wanted to honor his story. And it IS an interesting story, I won’t knock that… but it should have been more vibrant and emotionally engaging to be a true tribute.