This whimsical, charming, and sometimes terribly sad biopic of celebrated kitty-illustrator Louis Wain stuck to me like white cat hair on a black sweater.
By Lindaon October 21, 2021
0 Comments
Our Rating 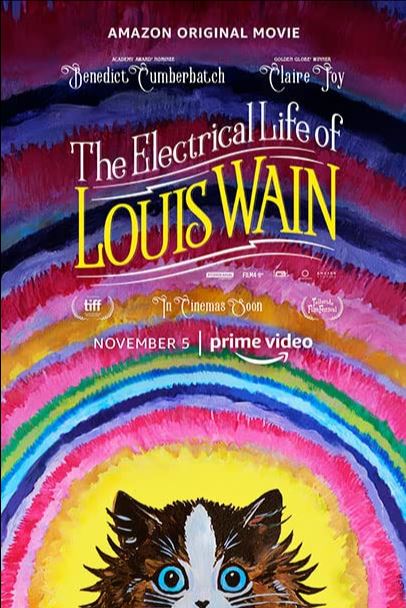 In a quirky voice-over by cheeky Olivia Colman, we are introduced to Louis Wain (Benedict Cumberbatch). An odd duck of young man in Victorian England, he is the ill-suited sole breadwinner for his mother and five sisters. Ill-suited in that he dabbles in illustrations of farm animals, tries to pitch curious home-penned operas to unimpressed benefactors, and thinks nothing of showing up for interviews splattered in mud and with a bloody nose. His furious sister Caroline (Andrea Riseborough), who in modern times would have easily been the stable one to get a job and some income, forces Louis to get a regular gig as an illustrator at The Illustrated London News. Now, with an income, the family can hire a governess for the younger sisters.

Governess Emily Richardson (Claire Foy), much to Louis’ bumbling dazzlement, thinks nothing of his quirkiness. He is besotted without even really knowing what a crush is, and she returns the affection. Let’s just say, Louis and Emily’s courtship and marriage are pretty much the cutest thing you’ll see on screen this year. Cumberbatch and Foy have a marvelous chemistry as their two goofy kindred spirits meet, despite the social scandal of a man of any standing marrying his family’s governess. They move to a countryside cottage, adopt a cat they name Peter, and Louis starts drawing funny, anthropomorphic sketches of Peter and other cats which are published to great success.

It almost seems a biopic trope that such happiness is followed by great tragedy, but that’s real life for you. After an hour of charming us with whimsy and silly cats, The Electrical Life of Louis Wain shifts gears with a lurch, turning from a sweet and goofy romance to a horrifically sad film about grief and mental illness. As Louis’ success grows, so does his instability. And geez, try not to cry! Who knew that such an oeuvre of funny, fascinating, and yes, even psychedelic drawings of cat after cat after cat was created by a man so steeped in sadness?

I can’t say that this is a perfect movie by any means. Louis goes on ramblings about cats having a sort of electrical connection to the world, a theory that he has difficulty explaining to those around him. And by those, I also mean myself as a viewer. Transitions through time are sometimes as jumpy as the character himself. And sometimes there seems to be whimsy for whimsy’s sake. But I also really didn’t care. I fell for it. The look of the film is wonderful, and it purposely, especially in some key moving scenes, incorporates a palate of artist’s colors to the surrounding that is absolutely lovely. Cumberbatch and Foy are never better, and they genuinely made me laugh and cry. OK, almost ugly cry. And, of course, cats! There are lots of cats!

“I think you are the first person to see that cats are, in fact, ridiculous. They are silly, cuddly, and lonely… frightened and brave, like us,” Emily tells Louis. Louis Wain was perhaps the first celebrated cat-man, but by sharing his joyful art he pretty much ensured he wouldn’t be the last. 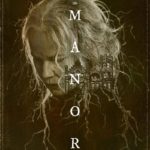 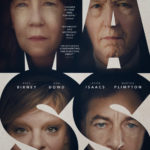