Other than an intriguing performance by Benedict Cumberbatch, the story gets bogged down by overly-flashy drama where the story itself should suffice.
By Lindaon October 16, 2013
0 Comments
Our Rating 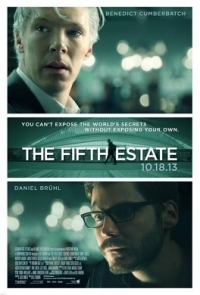 First of all, let me put this out there… Per Wikipedia:

The term “Fifth Estate” has no fixed meaning, but is used — following a formulation that dates back to the 18th century — to describe any class or group in society other than the clergy (First Estate), the nobility (Second Estate), the commoners (Third Estate), and the press (Fourth Estate).[1] It has been used to describe civil society (including trade unions) and the poor or the proletariat. It can also be used to describe media outlets (including the blogosphere) that see themselves in opposition to mainstream media (the official Press).

Now that we have that straight–at least for the sake of myself, since I was unable to figure out what “the fifth estate” was from the film–we can proceed.

Whether you follow the news closely or not, you are bound to have heard the term “WikiLeaks” in the last few years. My knowledge of WikiLeaks going into this film was scrappy at best. I knew that Australian Julian Assange was an odd, white-haired youngish guy who was busted for posting tens of thousands of top secret U.S. documents on his website, causing hell for the U.S. government. The classified information included many many secrets, many of them being quite damning to U.S. foreign policy. But WikiLeaks also made no bones about censoring anything, including the protected names of many involved in intelligence. Rather than a philosophy of “all or nothing”, Assange wanted to publish all the things!

Daniel (Daniel Brühl) an earnest corporate tech drone in Berlin, is swayed by the Australian’s view of the world, and quickly comes into Assange’s confidence as his right-hand man in the WikiLeaks empire. Meeting in excessively cool environs like an multi-story decaying industrial building-turned-techno club, they whip open their laptops, go into secure chat rooms, and take down the world. With every published document, however, the stakes get higher and higher, until the famous exposure of the thousands of U.S. documents exposing, among other things, U.S. atrocities in Afghanistan.

The cast is peppered with excellent actors, including David Thewlis, Laura Linney, and Stanley Tucci, all orbiting around Assange as journalists and government officials, trying to gauge his next move. But the standout is of course Benedict Cumberbatch as Julian Assange, who, with his pale face, stringy hair, and lispy Australian accent is a goofy, egotistical train wreck that is bizarrely intriguing.

Alas, the movie circling around the Cumberbatch performance comes across like a political thriller trying to be The Social Network. With gimmicks like flashbacks to Assange’s cult childhood, a clunky romantic plot for Daniel, and the repeated image of an endless room of computer monitors, representing his faceless “army” of volunteers, the filmmakers try to add drama where the interesting story really should be enough. But, like my companion said, without all that, we’d just be looking at boys staring at computers. Instead, the film gets bogged down with these attempts at cinematic flair, making it only an adequate introduction to a story that I’m sure would make an excellent documentary. 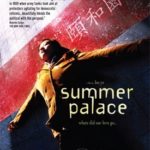 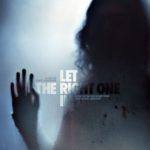