This movie is kind of cute, except for the fact that it sets women’s liberation back over half a century.
By Lindaon February 18, 2014
0 Comments
Our Rating 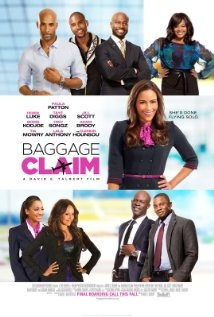 Montana (Paula Patton) is a charming, independent woman. She’s a flight attendant, has her own place, travels the world, and hangs out with her two BFFs (Adam Brody and Jill Scott). Problem is, she’s always the bridesmaid, but never the bride. This would be fine, except now it is her baby sister that is getting married in a month. Montana decides that she needs to bring a date to the wedding that is an actual husband… or at least husband-like. Her friends give her the brilliant idea of going through her digital Rolodex to deliberately cross-paths (aka flights) with ex-beaus. They’ve been test-driven, see? Maybe one of them has blossomed into Mr. Right.

Now, the premise is kind of funny, even if the motive is a bit weird. This hot woman is resorting to the rejects of her past, in the hope that one of them is “good enough” to settle for. Within a month. Not only that, but her pushy mother is the one who has walked down the aisle as many times as the fingers on your hand. Who is Montana emulating? Her world is full of functioning singletons, and now that I think about it, there are no married people to serve as her example… they all are off-camera, In the meantime, Montana is finding out that her exes are still immature, selfish, chauvinist, or simply not interested in a quickie marriage for the sake of being married. Funny that.

If you take a big, big step back away from the messed up logic and reasoning in this film, Baggage Claim is actually kind of cute. Paula Patton is adorable and funny, with an endearing raspy voice. Her array of men (among them, Taye Diggs, Boris Kodjoe, and Trey Songz) are all ridiculously good looking (where you want to say, “No… please… don’t speak!”). And when one of my movie crushes Derek Luke, as Montana’s oldest childhood friend, opens the door across the hall, well, right away you know that he is (of course) the one. When all is said and done, and the story has led directly to its absolutely predictable ending, well, it’s too bad that the inherent logic of the story makes the feminist inside you feel kind of icky.

Among the special features on the Blu-ray are a feature commentary by director David E. Talbert, plus several behind the scenes featurettes about the cast, the story, and the “fly girls” and “wing men”. A theatrical trailer is also included. 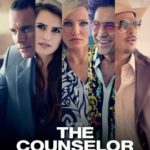 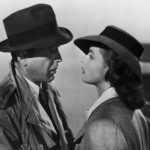