The League of Extraordinary Gentlemen

Sean Connery was one of my least favorite things about this ambitious, if way overblown, action-adventure offering. And that’s saying a lot when a movie’s as jumbled as this one is.
By Vickieon July 11, 2003
0 Comments
Our Rating 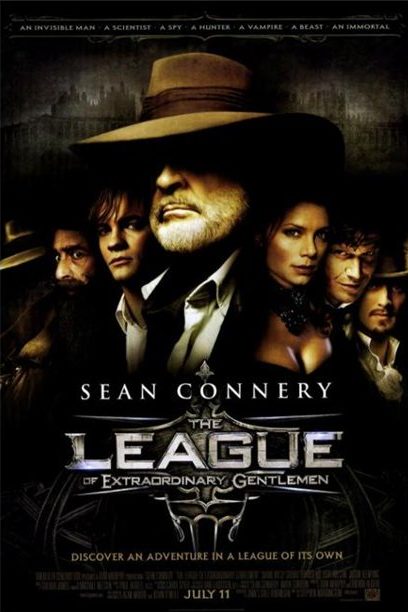 I’m not a big fan of his, especially of his work in recent years (Encrapment, anyone?), and he was a big reason why I wasn’t looking forward to seeing The League of Extraordinary Gentlemen. Like, at all. I mean, I get it. He was a great actor once. He was adored by millions. He brought one of the world’s greatest fictional characters, secret agent James Bond, to life in what many consider his greatest incarnation.

But now, not so much with the greatness.

As expected, he was one of my least favorite things about this ambitious, if way overblown, action-adventure offering. And that’s saying a lot when a movie’s as jumbled as this one is.

The year is 1899, and Connery headlines the cast as legendary adventurer Allan Quartermain, who’s been living in Africa and cursing mother England since the untimely demise of his son. He’s tapped by a mysterious bloke named “M” (Richard Roxburgh) to return home and head up an assembled group of extraordinary men in order to battle a nefarious villain known only as “The Fantom.”

Among an initially reluctant Quartermain’s new comrades are Secret Service Agent Tom Sawyer (Shane West), the eternally youthful Dorian Gray (Stuart Townsend), the invisible man (Tony Curran), Captain Nemo (Naseerussin Shah), Dr. Jekyll and his alter ego, Edward Hyde (Jason Flemyng), and Mina Harker (Peta Wilson), a vampire sired by Dracula himself. She’s not a gentleman, but she gets to play with the big boys in what is the only female role in the entire film. (In fact, there is only one other woman listed in the extensive League cast credits roster—Ellen Savaria, who plays “Recordist” and has exactly one line.) I smell a quota.

Together, the group sets out to stop The Fantom before he and his minions can carry out their dastardly plans. The thing is, I was never exactly sure *what* those dastardly plans were. I’m sure they weren’t good, whatever they were. Probably really, really bad, actually. Pure evil, no doubt. I know it involved something to do with machines and the industrial revolution and war and taking over the world, but I’m a little fuzzy on the details.

The film, which has a bleak, dingy, dark, damp and altogether uninviting look about it, is then set up as a series of battle sequences with some story bits in between. Amid the grime, grit and grey, we learn a little about each of the characters and why he or she is a troubled soul, but without a cursory knowledge of who these folks are already, some of the impact of the story will be lost on viewers.

My biggest beef, however, is the inconsistencies in story, character and motivation. There are so many things that make absolutely NO sense in this movie. Take, for instance, Captain Nemo’s submarine, The Nautilus. Much is made of the vessel’s behemoth, Titanic-like size and when it emerges from the depths of the ocean it is, indeed, gargantuan. Yet, several scenes later, there it is navigating the canals of Venice. This enormous sub is supposed to be hundreds of feet long, massive in size and scope… and yet it can somehow turn those tight corners and fit itself into the narrow waterways? If that’s plausible, then what of Mina Harker, the vampire? Isn’t that her, standing on the Nautilus’ desk in broad daylight, soaking up rays from the very same sun that would, I thought, have fried her vampiric self? Why yes, yes it is. Huh.

Also: if the invisible man uses white pancake make-up to “reveal” himself, why is his five o’clock shadow brown? Did he paint each individual strand of stubble? And don’t even get me started on The Fantom, a villain so forced that he doesn’t have to be sought out. No, he actually repeatedly barges in on the League to throw down the gauntlet and explain in painstaking detail why they can never beat him. I kept waiting for him to wrap up his self-important rantings with a solid, “Ha ha! Take that!”, but he never did.

The action was choppy, the fight sequences confusing (thanks to overediting), the settings too dreary to be fun, the plot twists were obvious well in advance of their realization onscreen and Sean Connery presiding over the proceedings as a crusty hero past his prime sealed the deal. This wasn’t for me.

There were a few things that I liked about LXG. A precious few. Stuart Townsend and Peta Wilson were standouts among the cast, and the effects used to create Edward Hyde were most impressive (unlike the fluffy weightlessness of this summer’s other musclebound hero, the Hulk) and entirely—but appropriately—revolting at the same time. Nemo’s sub was also pretty cool, despite its preposterous capabilities (see: Venice).

Overall, in this summer of spectacular ensemble action films like X2: X-Men United, LXG falls well short of the mark. And, sadly for people like me, the producers have left it with an ending that would easily facilitate a sequel. 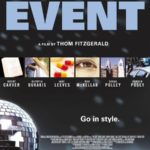 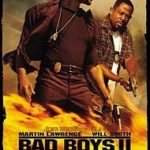