The Light Between Oceans

A stunningly gorgeous film derails into Nicholas Sparks territory about halfway through, an exercise in frustration.
By Lindaon May 4, 2017
0 Comments
Our Rating 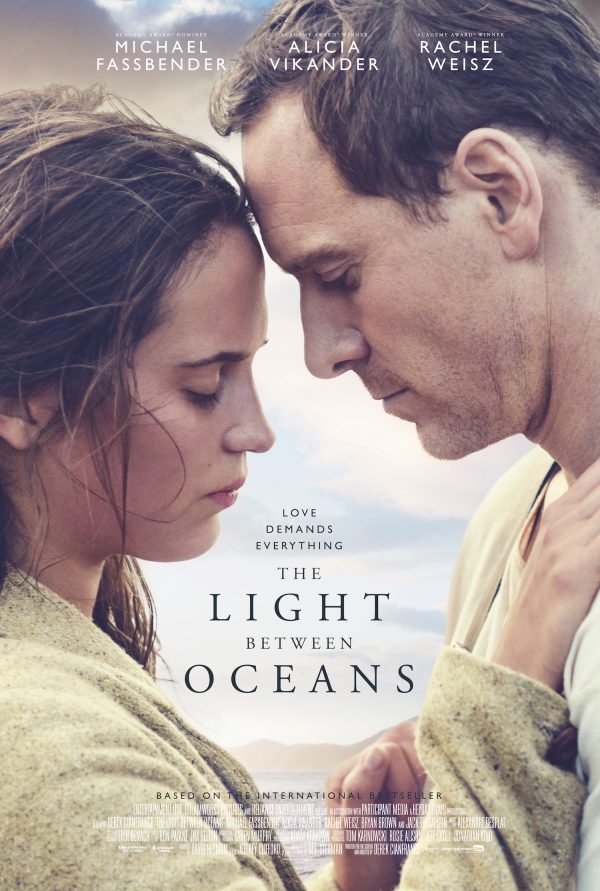 I really wanted to recommend this film, in fact I can wholeheartedly recommend the first half of The Light Between Oceans, which is probably the most stunningly gorgeous half-film I’ve seen in a long time. I’m a sucker for rocky, windswept, coastal settings, so this film had me in a second.

Taking place post-World War I in a vague maritime town (turns out Australia), a haunted veteran (no one does haunted like Michael Fassbender) takes a job as a lighthouse keeper. The lighthouse is on an island so remote that he only gets picked up once every three months to go into town. But there is a young woman in town named Isabel (Alicia Vikander) who is spirited and can make this sad man smile. After a short exchange of letters, they get married and go back to the lighthouse, where they live out their blissful romance in their own remote paradise on the blustery island.

Bliss is short-lived, however, after Isabel has two horrific miscarriages (and Alicia Vikander, in these moments, reminds us why she is an Oscar-winner). When the couple seems to have hit rock bottom on their rock in the ocean, fate washes ashore. It is a rowboat with a dead young man and a squalling infant child. Tom’s instinct is to report the whole thing back to the mainland immediately (a lighthouse keeper keeps diligent records each day), but Isabel latches on to the baby with delight as though the little girl is her own. You know immediately that no good will come of this, but Tom reluctantly agrees to give the unknown man a “proper” burial on the island and tell no one.

There’s a large part of me that just wishes the movie ended here. You know, a sort of twisted happy ending, and the new family can live out their lives with their secret on the island. This first part of the movie, in itself, is actually quite great. I was thinking that I was seeing a movie that would be on my top ten list for the year. But the point that the movie started to go wrong was when first Tom discovers the girl’s mother (Rachel Weisz) is still alive and living in town, then eventually the whole secret is betrayed. You know that they couldn’t keep the whole thing a secret forever.

None of this is the fault of the actors, this turn into blatant, Nicholas-Sparks melodrama. You can’t get a finer trio of leads than Fassbender, Vikander, and Weisz. But suddenly the film seemed shallow, quickly losing steam on everything it had so effectively built up in the first half. The languid, atmospheric feel of the first half is replaced by flashbacks, notes secretly dropped in mailboxes, crying children, and hushed, tortured glances. It’s hard to pin down why or how the film veers, but I found myself gravely disappointed that I left the movie frustrated, completely losing the feeling of elation the film first offered me.