While it works as fascinating behind-the-scenes peek at early TV sitcom production, as a biopic the movie is a rather grim portrayal of the iconic couple of TV comedy.
By Lindaon December 20, 2021
0 Comments
Our Rating 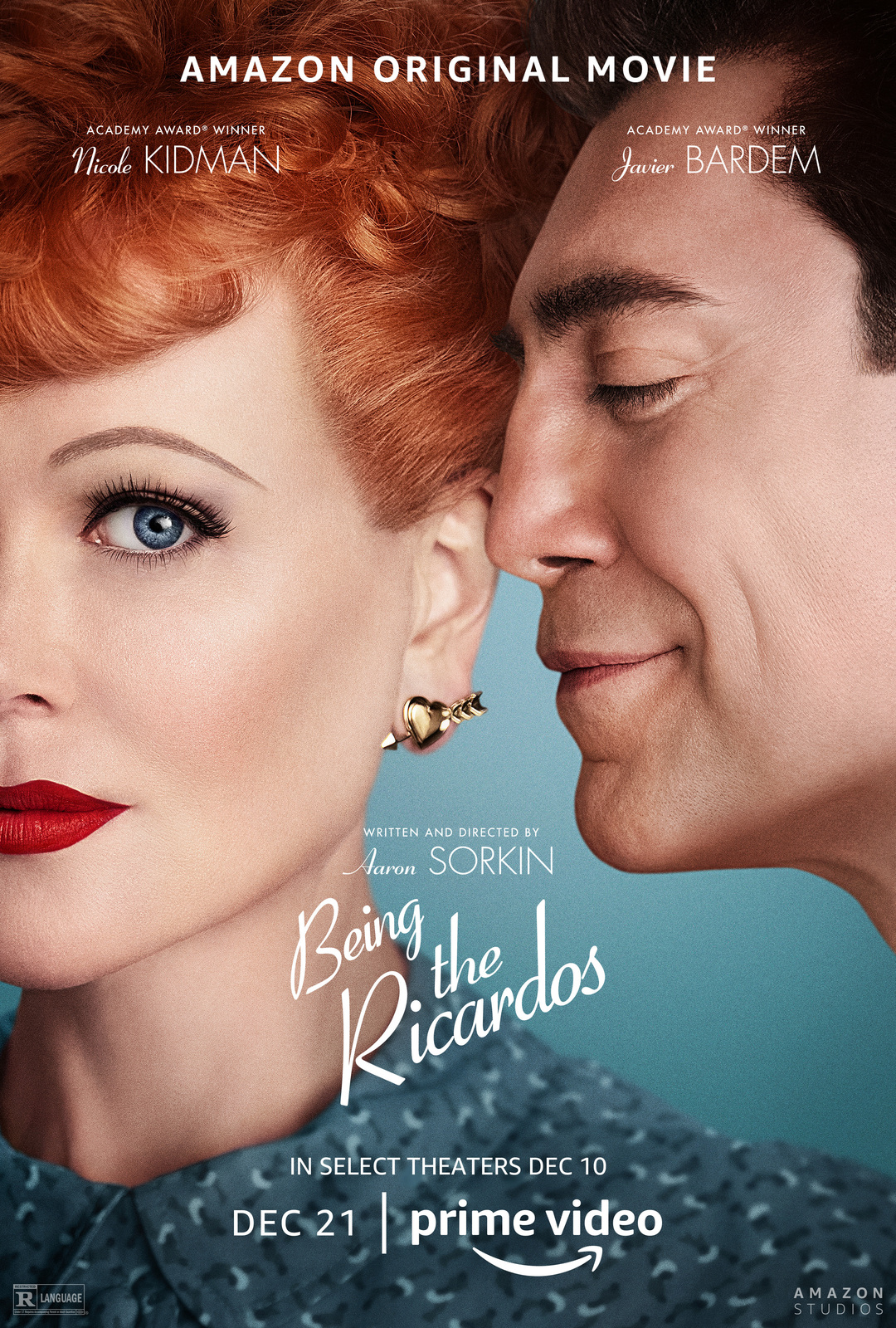 Lucille Ball and Desi Arnaz are cemented in pop culture lore as the married duo that produced and starred in the huge (we’re talking tens of millions of weekly viewers) 1950s television comedy “I Love Lucy”. Playing a married couple on screen, Lucille Ball’s Lucy was a goofy, gifted comedian who had a handsome Cuban husband “Ricky” who would holler, “Luuuu-CY! I’m Ho-OME!” when he whipped open the front door. The biopic Being the Ricardos takes these icons, and a few important, game-changing events in their personal and professional lives, and crams them liberally (or, shall we say communistically?) into a single, dramatic week.

Nicole Kidman and Javier Bardem don’t really resemble their counterparts, and luckily, they aren’t saddled with weird prosthetics to push a greater resemblance. Other than the red hair for Kidman and the bronzer and black hair for Bardem, the actors get to unleash their acting chops and charisma to create actual characters.

Like many comedians, Lucy seems to be deadly serious, at most sarcastic, in her regular life (at least as portrayed in this film). Putting up with Desi’s infidelities while basically running their Desilu production company herself, makes her a hard-ass businesswoman. Desi is a flirt and a clown, and disappears for nights at a time. Even their colleagues know that their relationship seems to be based on fighting and f**king.

The story of The Ricardos is framed around three earthshaking events of different magnitudes:

Each event, in its own way, could knock their hit comedy from the top of the charts. Interestingly, it is the communist allegation (true) and the pregnancy (true) that are the most intriguing, as the powers that be are simply beside themselves which could possibly be worse for the image of the show. The infidelity (also true) seems almost par for the course for Hollywood.

The structure of the film is a bit odd, inserting modern(ish) interviews with the writers and producer from the show, reflecting on the various scandals and their time working for the couple. During the heyday of the show, we see this team (played by Tony Hale, Alia Shawkat, and Jake Lacy) being on the receiving end of Lucy’s micro-management of the show, down to the placement of a vase of flowers on the stage set. An intriguing friendship between Lucy and the only woman writer on the show (played by Shawkat) is unfortunately not really explored except for a single scene.

More interesting are the show’s Fred and Ethel, played by J.K. Simmons (as Bill Frawley) and Nina Arianda (as Vivian Vance). A strange subplot involving pretty much the whole production team being hyper aware of Vivian’s weight is intriguing and still unfortunately timely. Arianda and Simmons are really the soul of the cast as a grounding contrast to  Kidman and Bardem’s bickering and negotiating.

There was a lot I liked about Being the Ricardos. Political scandals surrounding beloved stars seems all too timely in this day and age, and the amount of hoops that the Arnaz duo had to jump through in order for Lucy’s character to simply be pregnant was fascinating. But the film itself seems to be trying to do too much. Rather than simply focusing on these events, which are interesting, it also squeezes in a bunch of past moments in their lives to cover the full biopic treatment. Sure it gives context to who the Arnazes are, and how they met, but there is a squishy lack of clear timeline, plus these three events have even more squishily been condensed into a single week (in real life, the pregnancy and communism allegations were different years). Plus, despite a few recreated black and white scenes of moments lifted straight from “I Love Lucy” (most notably the famous scene of Lucy stomping wine grapes in Italy), you really don’t get much of a sense of how wonderfully funny this duo and cast were on screen, and how wonderfully funny the show actually was (and still is). Instead, Being the Ricardos comes across as a grim biopic of two 1950s Hollywood-types that don’t seem particularly related to the duo that we know and love. 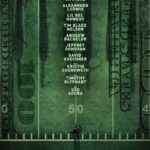 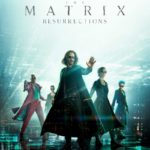