This film is undeniable proof of the power of great chemistry.
By Vickieon December 16, 2014
0 Comments
Our Rating 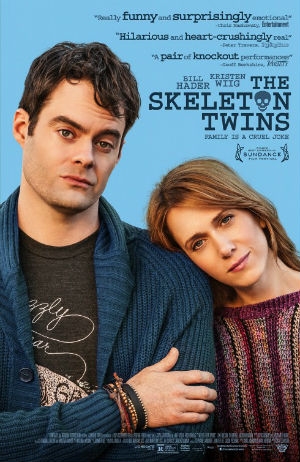 Former Saturday Night Live co-stars Kristen Wiig and Bill Hader build on their existing friendship and professional history to co-star as dysfunctional twins Maggie and Milo, and the result is a funny, poignant and effective dramedy about the family ties that bind.

When the film opens, both Maggie and Milo are estranged from each other and thousands of miles apart – oh, and each one is also attempting suicide. But Milo’s effort is thwarted first, and Maggie gets the call about her brother… moments before she’s about to down a handful of pills. Soon, Milo is packing up his life in L.A. and moving in with Maggie and her good-natured husband, Lance (Luke Wilson), in the sibs’ upstate New York hometown. As the once-closerthanthis twins slowly begin to repair their fractured relationship and get to know each other again, layers of past hurts are peeled away – amid plenty of riotously entertaining “remember how we used to do this” antics and reminiscing – and the difficult realities of their present-day lives begin to reveal themselves.

Quietly moving and entirely engaging, The Skeleton Twins unfolds slowly and methodically, punctuated by brilliant moments buoyed by Wiig and Hader’s obvious improvisation skills – there’s an entire sequence involving the duo huffing laughing gas, and I would be shocked if any of it was actually scripted beforehand. The often-complicated-but-nonetheless-powerful bond between siblings provides the backdrop for a bigger-picture movie that explores other relationships, as well: between Maggie and her husband, between Milo and a former lover (Ty Burrell), between Maggie and her strapping Aussie scuba instructor (Boyd Holbrook), and between both twins and their loopy, New Age-y mom (Joanna Gleason).

The film is beautifully acted by both Wiig (always a delight) and Hader (a dramatic revelation, who’s excellent here), and the familiarity they have with each other off-screen translates to a strong, believable connection onscreen. Both are equally awkward and tragic, and watching them struggle – independently and together – is likewise simultaneously endearing and heartbreaking. It’s a testament to their talent that, for me, one of the most moving scenes involved the two of them lip synching to Starship’s “Nothing’s Gonna Stop Us Now.” Sure, it was silly, but beneath the mugging were tiny nuances that actually made me cry.

The supporting cast, albeit small, is strong, with Wilson turning in a wonderful performance as a really great guy trying to make the best of… well, everything… while playing the straight man to his more colorful co-stars.

I’m sure more than a few people will see the names of The Skeleton Twins’ two leads and immediately assume the film is some kind of outrageous comedy or farce. Hopefully, they – like me – will be more than pleasantly surprised by the depth of what they find when the lights dim and the movie rolls, though. Hence, a fabulously full pie! 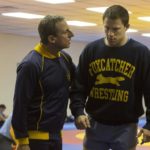 PreviousGolden Globes announce their film nominees for 2014NextNight at the Museum 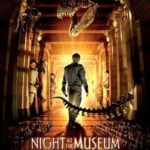