I loved this movie. I loved it so very much. I could not have loved it more.
By Vickieon April 2, 2014
0 Comments
Our Rating 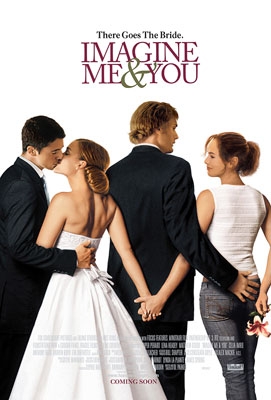 For those of you who may have missed my ebullient-bordering-on-manic praise for this romantic comedy in my TIFF diary, allow me to say once again that I wholeheartedly believe it will easily wind up being my favorite film of 2005. It’s so sweet, so funny, so romantic and so pitch-perfect in all the right ways that I sat through it with a huge grin slapped across my face, and even teared up at the end because it was that good.

Piper Perabo stars as Rachel, who’s newly married to Heck (Matthew Goode), a fantastic and terrifically likable guy who’s like the love child of Hugh Grant and Rupert Everett. But, on their wedding day, Rachel locks eyes with the florist, a gay woman named Luce (Lena Headey, in a role that will steal the hearts of gay women everywhere), for a brief but life-changing moment. For reasons she can’t explain, Rachel finds herself drawn to Luce in a powerful, soulmates-forever, completely confusing (for Rachel) way. For her part, Luce is wildly attracted to Rachel, but does her best to quash her feelings since Rachel is, you know, apparently straight and very clearly married. Stuck in the middle is Heck, who’s unaware of his wife’s new crush but keenly aware that something is somehow amiss in their freshly minted union.

Superbly paced, wonderfully acted and cleverly sidestepping a world of rom-com clichés, Imagine Me & You does everything right and is the lesbian film gay women have been waiting for. Written and directed by Ol Parker (aka: Mr. Thandie Newton), the film has a distinct Love, Actually/Four Weddings and a Funeral sensibility, which is to say that it successfully merges elements of joy and pain in the execution of a moving, feel-good love story.

In addition to Parker’s simultaneously hilarious and poignant screenplay, which elicits as many belly laughs as it does sniffles, a huge amount of credit has to go to the film’s winning leads. Perabo infuses Rachel with just the right amount of uncertainty, longing, excitement and vulnerability… all mixed together in a wholly endearing performance. Rachel’s heart is torn, and Perabo delivers a carefully measured performance that drives all points home.

But as great as Piper Perabo is, this movie totally belongs to Lena Headey. Luce is the kind of character straight audiences will root for and gay women will melt over. She’s the kind of gay woman gay women would love to have love them – warm, thoughtful, funny, sensitive, charming, sassy and ridiculously gorgeous. She loves Rachel, but knows to tread lightly, if at all, for Rachel’s sake and for fear of going down a road she knows could very well lead to her own heartache. Headey does an excellent job of conveying her character’s romantic dilemma, and I challenge anyone not to want to wrap her in a huge hug as she struggles with her situation.

Together, the actresses’ chemistry leaps off the screen and slaps you across the face. You can almost feel the desire, the pining and the agonizing wait for that first kiss. Again, Parker nails the pace – keeping the tension taut and allowing for a nice, slow build to the even-nicer payoff. One of my favorite things about the film, and likely the reason I enjoyed it as much as I did, is also its inherent joy and goodness. In a Luce-esque way, it proudly wears its heart on its sleeve and says, “You know what? I’m a great big sappy movie and I dare you to love me!”

I could go on and on, really. The casting was excellent (strong supporting players include Celia Imrie and Anthony Head), the screenplay was excellent, the acting was excellent and the warm, fuzzy feeling I left with was excellent. For so long, gay films – and, more specifically, lesbian movies – have been known largely for two things: crappy quality and/or depressing, unhappy endings. I’m delighted to say that this film has neither, and that it delivers a joyfully heartwarming experience from beginning to end.

I loved this movie. I loved it so very much. I could not have loved it more. And, as important as it to trumpet its merit as a “gay film” about two women in love, I also think it’s vital that it not be pigeonholed.

Imagine Me & You is not only an engaging lesbian love story, it’s a delightful romantic comedy with universal appeal. Period. 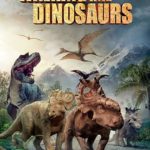 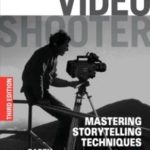