Like a bucket of candy poured out onto the comic pages after a Halloween haul, Thor: Ragnarok is a surprising jumble of fun.
By Lindaon November 1, 2017
0 Comments
Our Rating 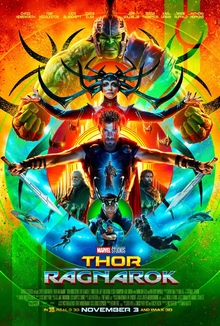 I have to admit, I’ve always found the presence of Thor, God of Thunder, in the Marvel universe a bit odd. Pretty much all the other superheroes are Earth-bound people who have powers because of some random accident. But then a Norse god is thrown into the mix, and for whatever reason, he is an alien from another planet who likes to spend a lot of time on Earth throwing his god-hammer around. The pantheon of Avengers movies never really seemed to know what to do with the guy… Poor Chris Hemsworth was certainly pretty with his honey-baked ham and flowing golden locks, but boy was he dull.

Finally, Thor, or at least the naturally funny Hemsworth, gets the movie he deserves! I think we can fully thank New Zealand director Taika Waititi for bringing a goofy Kiwi sensibility to the show. Marvel movies are usually bogged down with one-upping clever quips or super-earnest heroism and morality, and frankly they all blur together in my superhero-exhausted head. So count me VERY surprised that I thought that Ragnarok was actually FUN. It puts the “comic” back in comic book superhero.

The action mainly takes place on two different planets: Asgard (did someone in the film actually pronounce it “Ass Guard”? Awesome!), Thor’s home planet, has fallen into chaos and destruction because of the reappearance of his and Loki’s sister Hela, Goddess of Death (smokin’ hot Cate Blanchett). Meanwhile, Thor is stuck and unable to help, captured on a junkyard of a planet where he is forced into gladiator battles with none other than his old buddy Hulk.

There is a point in Ragnarok where Bruce Banner (Mark Ruffalo) cowers in shock and confusion when he realizes that he has un-Hulked on another planet. Banner’s fear is dismissed by Thor with a scoff, like who hasn’t been on more than one planet? And that is exactly the sort of breezy dismissal of logic at full force in this movie. Wave your hand and laugh: none of this is supposed to make a whole lot of sense.

Thor: Ragnarok not only tastes like a bunch of candy, but it sure looks like one, too. I don’t think there is a single scene that isn’t CGI in this film. But when you have the junkyard planet lorded over by the super-campy Jeff Goldblum (in full comic glory), the visual overload and 80s-inspired synth soundtrack just seem to fit.

Thor, Loki, Hulk and friends seem to be plopped from their regular programming into a mishmash of the funniest outtakes from one of their regular movies. Major plot turns from previous movies are waved away as unimportant. A whole planet might even be destroyed. But no matter! That isn’t what any of this is about. It’s all about fun, and to that end, Thor: Ragnarok suceeds easily. 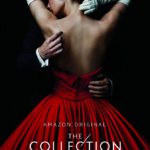 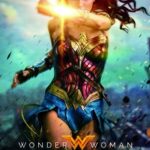