George Takei’s popularity in the age of the internets can not be measured. Oh, actually it can. Have you seen how many Facebook fans he has?!?! 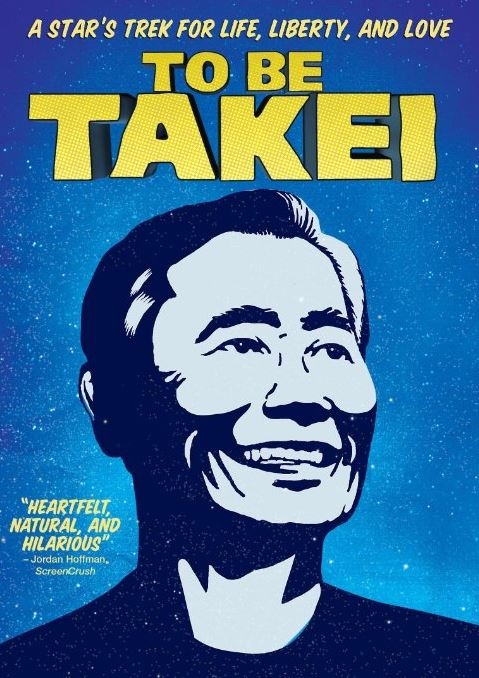 A few years ago, who would have guessed that of all people, an actor known mainly for a supporting role on a 60s sci-fi show, would become King of the Internet? Sure, Star Trek was not just any old show (this is coming from a Trekkie who has been to a few conventions in her time), but George Takei’s catapult into pop culture ubiquity is pretty darn amazing. The fact that he is a 77-year-old gay Asian-American man (now there’s a lot of hyphens) who has the charming appeal of a favorite uncle just seals it.

To Be Takei follows George and his husband Brad (whom fans had mainly heard about but have not really seen until now) in their busy day-to-day lives. This straightforward (no pun intended) documentary really has the makings of a fun reality show, as the couple makes each other laugh, and in some cases make each other cranky (Brad especially has a discomfort line that George enjoys crossing). Brad laments that at this point in their lives, they should be enjoying retirement, but instead George is more in demand than ever, flying to sci-fi and comic conventions, appearing in Pride parades, making appearances on Howard Stern’s radio show, helping created the musical Allegiance, supporting marriage equality, and speaking about his experiences living in a Japanese-American internment camp as a California-born boy during World War II. (Whew!)

With his distinctive resonant voice, wide smile, most excellent laugh, and corny humor, you’d think To Be Takei would be all fun and games (and it IS quite entertaining). But I have to admit I got misty-eyed a couple times. George’s recounting of the internment camps in Arkansas and California is sobering. And scenes of George and Brad’s wedding, interspersed with George talking about how Brad welcomed and cared for George’s Alzheimer’s-stricken elderly mother until her death were very touching. “We’re family,” Brad explains, as I would hope any partner would.

George may be everyone’s favorite gay uncle, but his popularity because/despite his (now) enthusiastically out personality cannot be measured. OK, maybe it CAN be measured. The documentary, released in early 2014, shows George’s Facebook fans numbering about 5.8 million. Today (probably a year after shooting wrapped), he has 7,882,619 followers. As George would say, “Ohhhh MYYYYYY!”