The film definitely doesn’t glamorize violence; it shows the surrounding lives that are affected or destroyed by others’ actions.
By Lindaon October 28, 2013
0 Comments
Our Rating 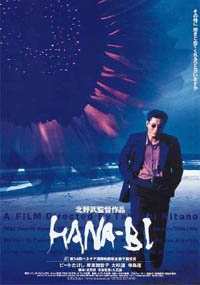 Takeshi Kitano is an odd action hero. A real-life motorcycle accident left the right side of his face paralyzed, leaving his face looking mask-like and blank in an other-worldly way. In Fireworks, his character Nishi barely even talks, so the most animated you see his face is the occasional facial tic, or one of his eyes blinking independently of the other… which makes it all the more unexpected when his character lashes out in violence—you really have no warning.

“Beat” Takeshi is the writer/director/actor’s “stage” name when he stars in films, and Fireworks is considered by many to be his masterpiece. I expected a violent gangster movie, but Fireworks is really so much more. There are definitely moments of shocking, graphic violence, but they are often in slow-motion, and framed almost beautifully like a painting.

Nishi (Takeshi) is a down-and-out cop. His partner gets paralyzed in a shoot-out, and another cop is killed by gangsters, perhaps because of a mistake by Nishi himself. His wife is dying of cancer, and their relationship never quite recovered from the earlier death of their child. All of these factors cause him to quit the force, to find some peace with his wife in her last days, but circumstances don’t allow him to return to a normal life. He has debts to the yakuza gangsters, who are always on his tail, and feels guilt for his partner’s ruined life.

Fireworks has astonishingly beautiful cinematography. There are not enough action scenes, I believe, to satiate those viewers expecting shoot-outs and a fast-pace. In fact the pace of the film is really quite slow. The camera lingers on quiet moments, like Nishi sharing dessert with his wife at their home, a girl flying a kite on a beach, a drugged-out woman sitting slumped in a junkyard. But the camera also lingers, in slow motion, as bullets rip through bodies, as Nishi flashes back to the moments when the young cop was killed, leaving the man’s young wife a widow.

The film definitely doesn’t glamorize violence; it shows the surrounding lives that are affected or destroyed by others’ actions. The yakuza are portrayed almost as pests in Nishi’s life, as he is trying to make his own peace.

There is a melancholy feel, a sadness, to the movie. I was surprised to be so moved by Fireworks; it wasn’t at all what I was expecting. It is definitely more of an art-house film than a typical action film. I highly recommend it to fans of thoughtful, beautifully filmed movies. Getting past the occasional bursts of violence, with a little patience, viewers will find Fireworks extremely rewarding. 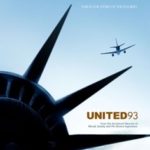 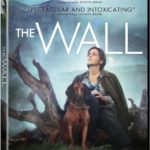