OK, so maybe I just didn’t get it. The Coen Brothers are a sensational team, and have made movies that I’ve loved. But this time around, despite A Serious Man‘s Oscar nomination for Best Picture, I admit that I was as baffled as the character of Larry himself.
By Lindaon January 28, 2010
0 Comments
Our Rating 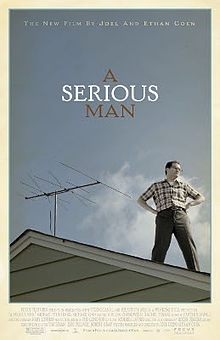 First of all, what the eff with the first 10 minutes or so of the movie? I almost popped out the DVD to check the label on the movie I was watching. Even in the extras, Joel and Ethan Coen giggled and said that the completely out-of-place introduction that looks like period foreign film spoken entirely in Yiddish really has nothing to do with anything. Well, thanks for that, but couldn’t you guys have shortened it by, oh, I don’t know, two-thirds and just moved on to your regular feature? OK, thanks.

The real story of A Serious Man takes place in early 1960s America when Larry Gopnik (Michael Stuhlbarg), family man and college professor, begins a full-on life crisis. His wife Judith announces that she is leaving him for one of their friends, a widower named Sy Ableman whose own wife is barely cold in the ground (well, after three years). The adulterers are both strangely touchy-feely about the whole thing, offering to comfort poor Larry so he can get through the whole ordeal. But still, they insist, he has to move out of the house and go to a hotel. In the meantime, he is also on the cusp of tenure at his college, though his colleagues keep dropping veiled hints that they may have issue. And they don’t even know about the Korean student who has bribed him for a passing grade with an envelope full of cash.

As this is a Coen Brothers film, there is of course quirk to be had. In this dark comedy, gentle fun is poked at American Jews as well as suburbia, family life, and the shifting 1960s. The film made me smile or chuckle several times, as Larry seeks the advice of a series of rabbis, but at the same time I was just wondering where it was going. Larry is a sort of Old Testament Job character, constantly punished, and seemingly accepting his punishment with a baffled shrug. But even his freeloader, gambling addicted brother Arthur (Richard Kind) seems to be at least living his life (despite getting arrested often).

Larry is a frustratingly passive character. Maybe I don’t like being such a passive movie-goer. Frozen-with-inertia-Larry maybe just wasn’t an engaging enough character for me, and A Serious Man didn’t have an engaging enough point, so I had no investment to bother enjoying it. 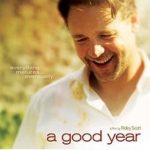