There are endless ways for our furry friend from Melmac to get into trouble, and one way or another, hilarity will always ensue. 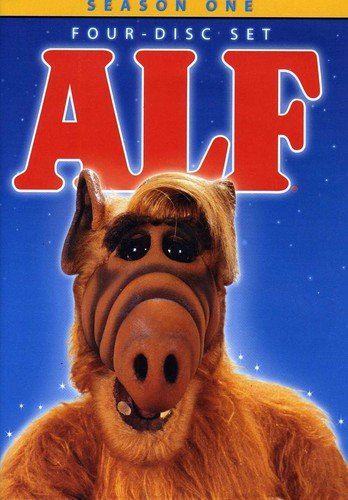 I remember trying to sneak-watch ALF when it first came on TV in 1986. I was endlessly intrigued by this Alien Life Form and his human companions, but my mom was forever rolling her eyes and dismissing the show as stupid. And then she watched it. And I got to watch it. And after that we watched it religiously as a whole family. ALF is just that charming, no matter how old you are.

Twenty-two years after the show’s debut, it’s still surprisingly fresh. Pop culture references abound, and there’s just something lovable about this alien creature who crashed into the Tanner family’s garage. He’s as kind-hearted as he is thoughtless, and it’s endearing just watching this weird little guy traipse around the house. By the way, what is ALF made of??? Is there a person inside the suit? Is he some sort of puppet? An overly-elaborate stuffed animal? These are important questions!

The funny thing is that as you watch the show, ALF does seem every bit as real as his human counterparts. His facial expressions are quite emotive, and he’s got all the qualities of an actual three-dimensional character. That’s not to say that the Tanners don’t give him a run for his money. Max Wright is flat brilliant as Willie, the beleaguered head of the Tanner household. His halting, tight-lipped way of speaking turns every line into pure comedy, and Anne Schedeen is spot-on as his annoyed-but-tolerant wife, Kate. It’s never clear whether they want to give ALF a hug or wring his furry neck, but it’s a line both actors walk well.

It’s easy to care about ALF, so it’s no wonder the Tanners take him in, but there’s no denying that life would be A LOT easier without him. Even the good-hearted Tanner children Lynn (Andrea Elson) and Brian (Benji Gregory) would have to admit that. Oh, how I longed to grow up to be Andrea Elson when I was a kid. I thought she was one of the most beautiful teenagers alive, and her Season 1 braces only served to make her more stunning. I thought Benji Gregory was a cute little kid—like a very little kid—and I nearly fell off my chair this morning when I learned that he’s just one year younger than I am. Good grief, was I that little when the show was on too?

I had completely forgotten that Kate’s mother (Anne Meara) comes to stay with the family for several episodes, and I had apparently repressed the memory of ALF having a crush on Lynn (ew!). Other than that, the show is just as I remembered. ALF schemes to eat Lucky, the family cat. ALF comes perilously close to being discovered and outed to the Alien Task Force. ALF vexes the nosey neighbor, Mrs. Ochmonek whose name “sounds like a typo”. There are endless ways for our furry friend from Melmac to get into trouble, and one way or another, hilarity will always ensue.

It’s a little sick, but once I got my hands on the Season 1 DVD, I found myself watching up to eight episodes in a row. What can I say? They go really fast! ALF is really funny! I still have the sense of humor of a nine-year-old! I dove eagerly into the extra features, hoping ALF’s secret would finally be revealed (what’s under that suit?!), but alas, the ALF people remained mum. I had to settle for a gag reel, the original unaired pilot, and some unhelpful trivia facts. Sigh. I guess some of us will just have to labor under the impression that ALF is real.