A group of characters cross paths in the gayest urban utopia I’ve ever seen on film: Tel Aviv.
By Lindaon July 5, 2010
0 Comments
Our Rating 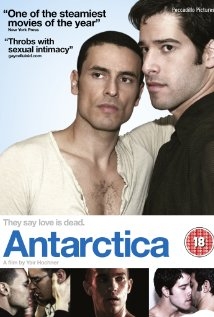 No, Antarctica doesn’t take place in Antarctica at all (dammit!), but the far away continent and obscure travel destination serves as a metaphor. How far would you go for your true love?

Antarctica (the film) follows a group of The Gays in modern Tel Aviv. You’d think from this film that there are only gay people in this city, and it is such a utopia that The Gays can make out on swingsets in city parks, effortlessly scope out and find partners in libraries and at UFO abductee gatherings, and so on. Maybe it IS that easy, but finding lovers is never the problem of any of the characters in this film.

The first 20 minutes or so is a collage of scenes of one guy picking up many many partners, bringing them home, and pulling the same one-night-stand dance that works so well for him. Fast forward three years, and all of these characters end up crossing paths ever so slightly with barely a degree of separation. (And honestly, I didn’t figure that out until it was pointed out to me that all the one-nighters in the beginning montage were, in fact, the same characters later in the film… oh! I see!)

It all seems to swirl around bookish Omer (Tomer Ilan) who works in a library. His gay sister has spurned her own lover at the altar recently (and these two actresses have just about zero believable chemistry as lovers, I might add), and his “mother” is played (without explanation) in drag by a male (or transgendered?) actor. Omer is looking for love, and it seems to find him pretty easily in the younger dancer Danny (Yiftach Mizrahi), who he meets online. Things don’t quite click, he tells his friend, but knowing how tough it is to find love, he decides to give it a try. But throwing a wrench in the mix is the dynamic and hot journalist Ronen (Guy Zoaretz) that Omer meets at the library. Ronen seems a bit out of Omer’s league, and they are both dating others, but they sure click, and he just might be the one.

Antarctica is a decent ensemble drama, but suffers from too many characters. Like I said, I missed a central point that three years earlier we met almost all of the young men in the man-whore montage. Also, the character of Danny looked so different from his earlier and kind of important incarnation that I totally didn’t recognize him (sure it’s just a hairstyle, but I totally didn’t get for the first 2/3rds of the film that it was the same guy). Still, it is nice that a drama like this exists. It is just a relationship drama, with all the trials and tribulations of finding The One. It just so happens that it takes place in a gay utopia. 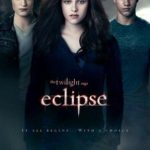 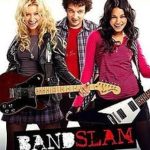