The relentlessly overexposed trio of Kristen Stewart (as Bella, the pining human girl), Robert Pattinson (as Edward, the brooding vampire boy), and Taylor Lautner (as Jacob, the wolf boy with jailbait abs) are back in the highly anticipated third film. Too bad for them that they are once again the dullest, mopiest characters in the movie.
By Lindaon June 29, 2010
0 Comments
Our Rating 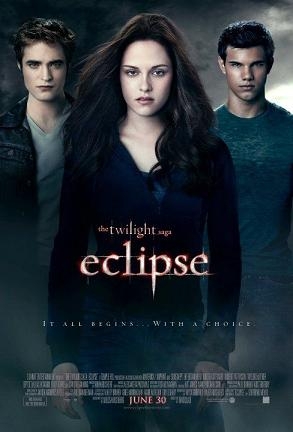 Yes, I’ve read all of Stephenie Meyer’s Twilight books, and frankly, I couldn’t remember a single plot point about Eclipse, aka Book Number Three in the series. So, let’s refresh!

In New Moon, vampire Edward flipped out on Bella and took off, supposedly for her own good. She was left at home to be comforted by her friend Jacob, who turned out to be a werewolf, along with the other young men in his reservation. The wolves are natural enemies of vampires, so Jacob is not too pleased that Bella continued to pine for Edward. Blah blah blah happens, and Edward and Bella are tearfully reunited after a lot of moping and a flash of danger.

Now the kids are talking marriage. Bella wants to get busy, but Edward will only do so if he makes an honest woman out of her. Pay no mind that she is 18 and is just graduating from high school. If he agrees to turn her into a vampire, she will agree to marry him. Um, well, alright. Of course not everyone, including Jacob and even some of the Cullen clan of vampires, think this is a good idea. But Bella is totally into it.

Meanwhile, there is a rash of murders in Seattle. Where? Seattle. Really? I heard there were people killed in Seattle! I think we should go to Seattle and check it out. If Seattle weren’t a city, I’d swear the oft-mentioned city was the victim of extreme product-placement. Heck, it gets more lip-time than poor old Forks, Washington! Anyway, it doesn’t take a genius to know that there are vampires going amok in Seattle, because, well, the movie shows us. And we also get to see that red-haired evil vampire Victoria is behind it all. The Cullens, in their still-earnest loyalty to Bella, vow to fight the bad vampires who are coming for her (this all traces back to revenge for a plot point in the first film), and this time they need the wolves’ help. It’s time for a showdown, kids!

New in this film are a couple flashback sequences, showing the history of a couple of the Cullen vampires (specifically Rosalie and Jasper—aka Nikki Reed and Jackson Rathbone, respectively). I actually enjoyed these interludes, as it fleshed out (so to speak) a couple of the peripheral characters. Just when I thought we’d get a Meet the Cullens montage, the film moves on and never looks back. Oh well. Also this time, we have a new actress playing vengeful vampire Victoria. Much hubbub was made about Bryce Dallas Howard replacing Rachelle Lefevre (who was in the first two films). And I’m afraid to say, I think this was a major misstep. By New Moon, Lefevre had established a really spooky and scary peripheral character, only to be replaced by big-eyed Howard who can’t pull of menacing if it bit her in the ass. Too bad, because her character is behind all the impending doom of the plot.

I read that Bella’s habit of touching her hair was toned down for this film not by self control, but by the fact that Stewart had to wear a wig (no touchy!) to cover her Runaways Joan Jett hair. Her role, however, still doesn’t really evolve beyond simply reacting to the boys who once again take center stage in the fight for her heart. Pattinson improves upon his noticeably wretched performance in New Moon (where he looked like he just phoned it in), and Lautner, well, he’s still got those abs and blinding smile, which make up for his wooden reading of lines (well, kind of). Jacob does, however, get the funniest line of the film, which got appreciative laughter from the audience.

Is it the best of the movies so far? Well… I do have to say it is the most linear, and probably the easiest to follow. But once again, the lead trio are the dullest characters in the film, and there are way too many supporting characters that get mere seconds of screen time with nothing to do (see, for example, vampire mom Esme). But really, Eclipse is just a middle chapter leading to… yes, Breaking Dawn. That’s when things will get… interesting to say the least. 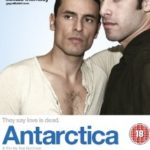