What can I say? I laughed. I cried. Arthur hurled.
By Jenniferon September 29, 2004
0 Comments
Our Rating 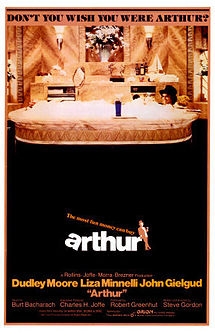 There I was, chewing a mouthful of dinner, when I was transported back to the early 80’s. It was the AFI 100 Years 100 Songs special that did it—song #79, “Arthur’s Theme” by Christopher Cross. I whipped my head around and my heart melted: there was my beloved Dudley Moore. I hadn’t thought about Dudley in awhile, but as I kid I thought he was just about the cutest, funniest man on the face of the earth. And then it hit me—I had never seen Arthur. So familiar was the image of this drunken millionaire playboy that I always assumed I’d seen the movie. Ah, but what happens in the movie? This I could not answer. This I had to fix.

I approached the whole affair with low expectations, anticipating more of a cinematic history lesson than anything else. But every so often a movie comes along that reminds you what the experience of watching a film should be. Arthur is one of those movies. I think it all comes down to the suspension of disbelief—that feeling of being totally in sync with a film, laughing because it is funny and crying when it is sad. You should become so absorbed that you forget you’re separate from the movie. You should be able to watch the whole thing in an uncomfortable position and not realize until the end that your body is all stiff and out of whack.

Somehow Arthur did that for me. It was at once simpler and smarter than your average movie, and the writing harkened back to the days when the scripts had something like two thirds more dialogue and were driven by substance and talent. I actually found myself rewinding to hear one liners that had gone by too fast because they were simply too good to miss.

The story is fairly straightforward. Arthur is the son of a wealthy man who never provided the sort of emotional support a child would need. His footman, Hobson (John Gielgud) stands in as his exasperated but tolerant father figure, and provides the perfect deadpan counterpart to Arthur’s outrageous, childish personality. Arthur spends his days drinking and amusing himself, but everything changes when his family threatens to cut him off if he does not settle down with the sensible and well-connected Susan (played by the lovely Jill Eikenberry, who has the qualities of both a battle axe and a delicate flower). Arthur is tortured by the fact that he doesn’t love her until he meets Linda (Liza Minelli) a spunky but poor waitress from Queens. He knows almost immediately that he has met his true love.

Dudley Moore takes a character that could easily be pathetic and annoying, and makes him endearingly human. His drinking can be seen as a rebellion against his family, as well as self-medication for loneliness and insecurity, yet underneath it all is a passionate, sincere person who just needs to come into his own. When Hobson falls ill, Arthur takes on the responsibility of caring for him. The tone of the film changes seamlessly from slapstick to somber and then back again.

What can I say? I laughed. I cried. Arthur hurled. It was essentially a perfect movie experience. I give Arthur a full pie not only because I loved it, but because 23 years after its release, it is still fresh and funny. More importantly, it represents a film that somehow worked on every level and raises the bar on what we should expect from entertainment. We shouldn’t find ourselves making fun of movies to make them bearable, or watching them in a complete state of apathy and torpor. We should be going along for a two hour ride, only to shake ourselves at the end and feel that we’d actually gone somewhere. The emotional success of a film relies on a certain chemistry between the viewer and the movie itself, so obviously each person reacts differently to a film. Objectively I can only say that Arthur is very well done. If it’s not your full pie, then by all means, let this spur you to go forth and find it. 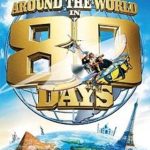 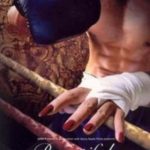