If you have ever watched any sci-fi movie ever, you know that artificial intelligence is a bad idea. 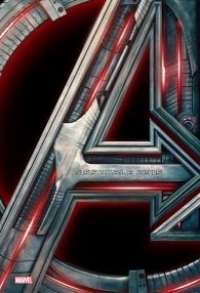 I’m the first person to admit that I’m not the target audience of the torrent of superhero movies that have been pouring into theaters the last decade or two. They all blur together, the snarky clever asides and irony can only go so far, and honestly, with all of the mythologies, I either don’t know, or don’t care what is going on.

Many touted the first Avengers movie as the greatest superhero movie ever made, I’m guessing mainly because of the sheer amount of super-powers (and alien powers!) that could be crammed into one movie. During the opening scene of Avengers: Age of Ultron, I was kind of afraid that I’d be subjected to another two hours of All the Things, All at Once. The movie wastes no time showing everyone in battle: thawed earnest soldier Captain America (Chris Evans), alien/god Thor (Chris Hemsworth), the billionaire with all the toys, Tony Stark aka Iron Man (Robert Downey, Jr.), Russian (?) spy (?) badass (?) Black Widow (Scarlett Johansson), arrow-wielding dullard Hawkeye (Jeremy Renner), and… I seem to be missing someone… OH! Cute dorky scientist Bruce Banner aka The Hulk (Mark Ruffalo). See how long it took to list them? That is how I sometimes feel about these movies in general.

BUT! Count me surprised that after the overwhelming introductory scene, Age of Ultron dared taking a moment to catch its breath. I mean, you get to see the Avengers, you know, hanging out and having a drink and playing party games! This was nice, and allowed us to get to know them a smidge. That is until (of course) all hell breaks loose.

If you have ever watched any sci-fi movie ever having to do with artificial intelligence, you would reach through the screen and knock Tony and Bruce’s heads together and say, “This is a BAD idea. A. BAD. IDEA!” Nonetheless, their tinkering brings alive a humanoid robot dubbed Ultron (voiced deliciously funny by ever-smarmy James Spader). Unlike goody-goody computer voice Jarvis (Paul Bettany), Ultron knows everything immediately (via the digital information equivalent of a giant sucking sound) — and like most beings that are all-knowing, Ultron immediately wants to break all the things. Avengers in action!

Luckily, that is pretty much the plot. Unlike (for me at least) many of the other Marvel-ish films, Ultron is efficient, entertaining, and doesn’t really complicate things TOO much. Not only that, it actually allows the characters to do something other than be action-y. There is an attempt to introduce the idea of life outside of badassery via a subplot for Hawkeye. I admired the attempt, though I’d argue that Renner is the dullest and most uncharismatic of the bunch (thanks for trying!). Also, there is an awkward try at a romantic plot within the Avengers (no, silly, not Thor and Captain America!), that comes across as… well, perfunctory (because, hey, if there is a chick in the film, she MUST be a love interest for someone… am I right?!?!).

I probably ended up enjoying this film more than the first all-Avengers, all-the-time film. I was entertained, yet probably won’t remember the plot in a few days, or be able to distinguish which scene was from from which of these slew of movies. But that really doesn’t matter one hoot when it comes to the millions of people that are already throwing their international currency at the screen. Review-proof, indeed… but at least even I can admit that this movie is shamelessly entertaining.