Secrets of the Manor House

For a brisk one-hour documentary, PBS’ Secrets of the Manor House does exactly what it is supposed to: engage, educate, and even titillate the viewer about the heyday of the British aristocracy. 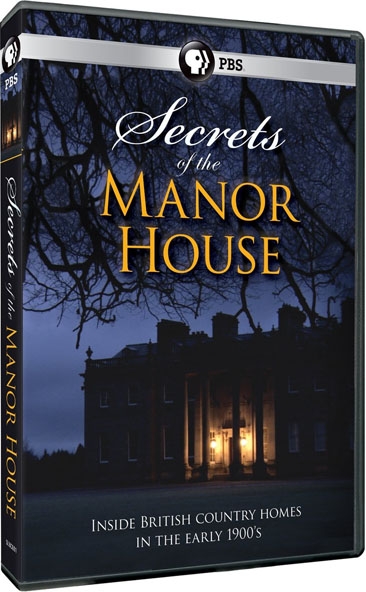 Fans of Downton Abbey, Upstairs Downstairs, and Remains of the Day will completely soak up Secrets of the Manor House, a fascinating peek at the UK’s aristocracy and their lives of filthy-rich leisure, which peaked a century ago during the Edwardian age. In early 1900s Great Britain, the gap between rich and poor was greater than ever. Aristocrats owned half of the land in the country. Their lavish country manor houses, usually only housing one noble family, had staffs of up to 100 servants. At one point, there were one and a half million Brits in service (as maids, footmen, butlers, and the like). The aristocrats would be spending the equivalent of half a million dollars on gold-threaded French curtains, while paying a maid, say, $50 a month. Something had to break.

This brisk documentary explains how tensions between the classes began with global shifts, such as the change in agricultural trade (with transportation and refrigeration), the Industrial Age, and even the invention of the typewriter (lower class women suddenly had an occupational option—secretary—that wasn’t lowly service). The sinking of the Titanic, where you were screwed if you were a third class passenger, just emphasized to the world how unfair this class divide had become. Finally, when World War I ripped Europe apart with its modern warfare, the aristocrats (who were by default officers) found their numbers as decimated as the foot soldiers (who were often their servants at home). WWI was the beginning of the end for the golden age of the manor houses.

I just loved everything about this doc. It effectively gives the big picture scope of class and wealth in the UK a century ago, and how history had led up to that point. It offers other contributing factors of how the aristocracy was forced to change (for instance, as their wealth dwindled, many of the male heirs found themselves marrying rich American heiresses to be able to keep their land). And, best of all, it gives tours of the manor houses themselves, with their secret passages for the servants, the opulence of the “upstairs” quarters, and, in some cases, shows their decaying grandeur. With interviews of some remaining aristocrats (and servants), interspersed with photos and moving images from Edwardian times, this hour is a real treat for those (like myself) that can’t get enough of stiff-upper-lip British costume dramas.