In a time where state and federal courts are frantically defending straight rights (marriage protection, job security, adoption, sex, etc.) from The Gays, it seems oddly appropriate that liberal Hollywood comes out with the most in-your-face alternative lifestyles film ever, and masquerades it as a benign children’s animated movie. Barnyard is shockingly subversive, trumpeting its queer agenda by cramming its politics down the throats of our fine country’s Moral Majority, all in the name of kiddie entertainment.
By Lindaon October 25, 2013
0 Comments
Our Rating 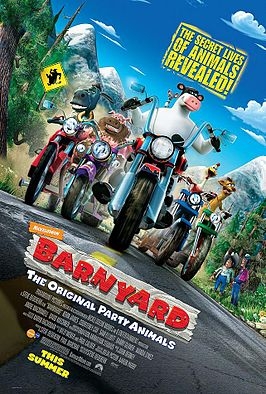 Barnyard introduces us to a community of farm animals that are known to party hearty as soon as the farmer turns his back. But this is no ordinary farm—and I’m not talking about the fact that all the critters speak English and suddenly become bipedal when there are no humans around. I’m talking about the fact that the animal community’s chosen leader is a transgendered cow named Ben. Ben is very butch, and is voiced by the über-butch male human actor Sam Elliott. Despite having an udder, Ben identifies as a male. Out of respect, lets call Ben a male-identified, biologically-female cow, or MIBFC.

But the amazing thing is, ALL the cows on the farm are MIBFCs. There are a trio of thuggish Jersey cows, who sound like snarky teenage boys, despite their udders wobbling to and fro in CGI glory. They each have a tag on one ear (one earring? gay!), and seem only interested in hanging out with each other (even more gay!). They have another MIBFC pal who calls himself Otis, and it is Otis who becomes the star of the show.

Otis is the son of Ben. You see, Ben “found” him one day (gay adoption! single parenthood!), and has raised the tyke to eventually take over the farm. Ben instills thoughtful life-advice to Otis, like pearls of wisdom about how he should always “be the stronger man”. First the cows are having gender issues, now they are speaking about themselves as “men”! No wonder the Christian right thinks gay marriage leads to people getting married to animals.

Speaking of polygamy, two outsider cows join the community one day, just walking in on their hind legs. Daisy (Courteney Cox) and her life partner Bessy (Wanda Sykes) are both biologically female cows, but choose a gay lifestyle. Not only that, but Daisy is pregnant (!), obviously by artificial insemination, since there apparently are no bulls in all of the land. Bessy dotes on her partner by holding her protectively by the elbow as they walk together across the pasture.

Since Otis is actually a straight “man” inside the body of a female cow, he naturally feels the stirrings of love when he meets Daisy, despite his confusion about the whole concept of her pregnancy (which is understandable, given the circumstances). It never seems to be an issue that she and Otis are mutually interested in each other, despite the fact she is already with Bessy. When explaining how their previous farm-home was destroyed, she starts out by reminiscing, “When I was married…” She obviously has no moral problem with having multiple partners, and Otis is not one bit deterred that this cow-woman has been with others.

But before he can be with Daisy (like any traditional Hollywood story, MIBFC will be destined to live happily ever after with girl-cow), Otis has to grow up from his wilding ways and learn how to be a… um… “man”. Like Bambi and The Lion King, two other classic children’s stories, Otis is a cartoon character that can only really grow up when his parent gets violently killed, so bye-bye Ben. Otis has to avenge his father’s death by facing the tooth-and-claw super-creepy pack of coyotes that are terrorizing the farm. But before you can sing Tom Petty’s “I Won’t Back Down”, Otis, his supportive transgendered cow friends, and the other species in his alternative lifestyle community have triumphed in the otherwise dog-eat-dog world.

But Barnyard saves the best for last, concluding with a touching allusion to Christ’s birth. Daisy is lying in a manger on her back (her stomach and CGI nether-regions discreetly covered by a blanket), while all the farm animals gather around. The cow-baby is born (“Wow! That looks like it hurts!” exclaims one animal), and is held up by Otis for all to see. “It’s a boy!” he proudly announces to the crowd, despite the fact that the cow-baby had a little suction-cup udder. The lifecycle is now complete in this alternative animal universe, as the cow-baby is now destined to grow up with gender-identity confusion like the others. 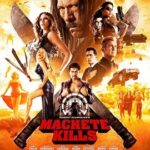 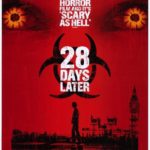