After the rash of smart-ass cocky superheros like Iron Man and Thor, the earnestly good Captain America comes across as downright refreshing.
By Lindaon March 21, 2014
0 Comments
Our Rating 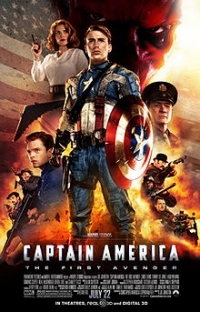 Remember those ads in the back of comic books that showed a scrawny, 90-pound weakling getting sand kicked in his face by a bully? Well, that’s Steve Rogers (Chris Evans). Through the miracle of technology (think along the lines of aged Brad Pitt’s face being put on the body of a tiny old man in Benjamin Button), we see Steve as a runt of a man, a guy who so badly wants to join the fight against the Nazis in 1943 that he goes to five different Army recruiting stations, only to be rejected every time. But the little guy has a fighting spirit that German immigrant scientist Dr. Abraham Erskine (Stanley Tucci) recognizes. In fact, Rogers is the perfect specimen for a new Army experiment….

Now, what happens to Steve is one of those things that can only happen in a comic book. Steve is enclosed in a sarcophagus-type capsule, and some mysterious glowy-substance of indeterminate origins is injected into his body, under the watchful glare of a roomful of Army brass and scientists, including the skeptical Colonel Chester Philips (Tommy Lee Jones). But with an explosion of light, Steve emerges a foot taller, with Incredible Hulk muscles. He is so instantly impressive that the audience gets a good laugh when cute British officer Peggy Carter (Hayley Atwell) unconsciously reaches out to touch his bulging man breast, before sheepishly pulling back.

Thus is born Captain America. The problem is, a bad guy in the form of rogue Nazi Johann Schmidt (Hugo Weaving) also has had a taste of this magical power, and of course he wants to use it for pure evil, even going so far as sending a spy to destroy any more chances for the Americans to create more super-soldiers like Steve Rogers. In fact, you know that Schmidt is REAL BAD when he pulls a “those meddling kids” move and peels off his face to reveal his bad guy alter-ego Red Skull.

Let’s just say there is lots of World War II action in Captain America: The First Avenger. Rogers goes through the humiliation of being a poster boy for the U.S. War Bonds before he takes it upon himself to prove he is good in a fight. At his side is his best buddy Bucky Barnes (Sebastian Stan), who knew him as a weakling, as well as a ragtag motley crew of international scrappy soldiers that band with the Captain to kick some Nazi ass. And of course there is a chaste love interest Peggy Carter, who suddenly finds the beefy Steve Rogers to be an even more appealing version of the sweetly earnest, scrawny Steve Rogers.

I actually found Captain America to be very entertaining, which admittedly kind of surprised me considering my growing hostility toward the rash of comic-book movies. The movie has a cool retro look, like an old WWII “We Can Do It!” poster, plus an appealing cast. Though Chris Evans is a pretty and earnest (and a bit vanilla) hero, luckily he is surrounded by spicier characters, including the scene-chewing Hugo Weaving (who speaks in a softly sinister accent that sounds a cross between Arnold Schwarzenegger and Werner Herzog), and the always hilarious Tommy Lee Jones, who spins pedestrian lines into a good laugh. The action is nicely paced and non-stop, and the movie really looks great. As usual, there is very little to truly warrant a 3D price—but pay for a 2D matinee, and you are guaranteed a fun summer escape at the movies. 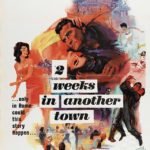 PreviousTwo Weeks in Another TownNextOut of the Furnace 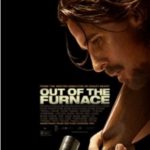