Bloated with too much feel-good, poorly written human interaction, the film (and it’s PG-13 rating) skirts what the audience really wants: a blood-soaked sea of human carnage. 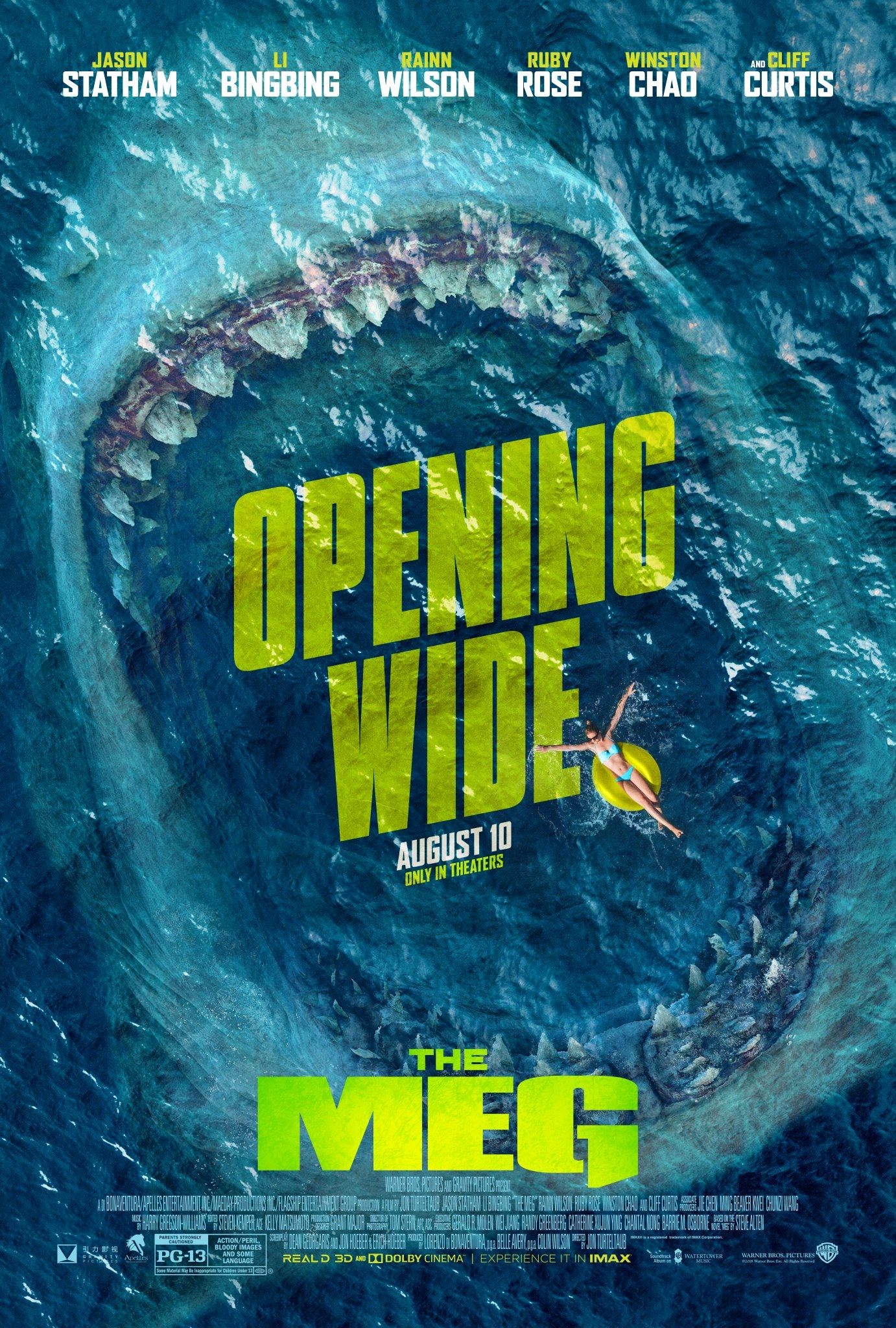 Jason Statham, with his tiny face and outrageously broad shoulders, is some sort of brilliant deep-sea rescuer. He, of course, has a troubled past—a submarine rescue went wrong, and he had to leave two of his besties behind to die. Well, actually, he had to close the hatch on them because the side of the submarine was being pounded by an unseen massive force, but how do you explain that to people on the surface?

Fast forward, and a science station off the coast of China, after making an amazing deep-sea discovery, find themselves in deep doo-doo when their submersible is stuck tens of thousands of feet down, trapped there perhaps by an unexplained giant beastie. Who has experience with the deep sea, AND unexplained giant beasties? Bruce Willis! No… Jason Statham! Lucky for them, he is half an hour away, drunk on a Thai beach!

This science crew under duress has all of your token characters: an earnest leader, a billionaire financier, an ex-wife (whose peril, of course, pulls Jason Statham out of alcohol-soaked retirement), a fat guy, an Asian guy, a black guy, and, of course, a hot hacker girl (whose description in the casting call must have been “Angelina Jolie crossed with Lisbeth Salander”). Oh yeah, there’s also the love interest, a brilliant scientist with a cute daughter, who, if we were going with all clichés, should have been in more peril throughout the film. Once the stranded are rescued relatively easily, the whole crew (as in ALL of them) gets on a ship to go and try to hunt this giant beast, now identified as a prehistoric Megalodon shark. (You would think they never watched Star Trek… You never take the entire crew on a mission! Someone has to stay back on the bridge! Sheesh.)

Where The Meg falls short is that it is merely rated PG-13. You have some thrills, like Statham being pulled thorough the water by the giant shark while holding onto a cable, or some fun one-off special effects like the shark opening its maw to chomp on a glass window. But as the film went on, I realized that it really needed some more human chum. There certainly is a lot of potential, especially when you see a packed swimming beach full of thousands of swimmers splashing in inner tubes, but the film keeps skirting the much-craved human disaster element.

Meanwhile, the cast does the best they can with trying to make the poorly-written quippy lines funny (usually they just aren’t). Luckily you have a giant shark to distract you from the dumbness of the movie. There is almost enough entertainment and thrills to keep you from looking at your watch (it is about half an hour too long), but it is bloated with half-assed feel-good filler when the audience really wants a sea soaked with blood. As my movie buddy succinctly said at the end of the movie, “This is the kind of movie that should be seen on the biggest screen possible. Otherwise you’d just turn it off.”

Special features for the Blu-ray-DVD-Digital edition of The Meg include the featurettes “Creating The Beast” and “Chomp On This: The Making of The Meg“.