After some careless construction work in the East End uncovers a tomb full of zombies, chaos erupts in this tough, working class area of London….
By Jenniferon August 3, 2013
0 Comments
Our Rating 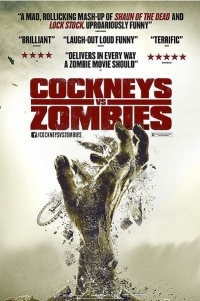 For whatever reason, I’ve never been big on zombie movies. I think it makes me mad that the zombies move so slowly yet somehow create all sorts of carnage. The whole concept turns me into a total girl, “Like how is this an apocalypse?! Walk faster and you’ll be fine, gosh!” And then boredom and annoyance sets in, cause I just don’t think it’s scary, and pretty soon it’s woefully obvious that I’m the unfun one in the room and also completely S.O.L. if the zombie apocalypse ever does happen because I was a smarty boots about it and never even bothered to prepare. Happily, Cockneys Vs. Zombies completely won me over with its crazy action, quirky humor, winning soundtrack, and sheer Britishness.

After some careless construction work in the East End uncovers a tomb full of zombies, chaos erupts in this tough, working class area of London. Coincidentally, the outbreak occurs on the same day a group of twenty-somethings have planned a bank robbery. After clumsily stealing several million dollars and acquiring two hostages, these poor ne’er-do-wells stumble outside to find themselves completely surrounded by police. They take refuge in the bank for a few moments more, brace themselves, then storm outside to find…the police overtaken by zombies. Apart from the undead, the streets are virtually empty, making it easy for the robbers to escape with the money, but leaving them to face an entirely unexpected peril.

Meanwhile, the zombies have also descended upon a retirement home across town, threatening the lives of a hearty but elderly group of pensioners. There’s really no nice way to say that it’s hilarious watching the nearly dead battling the undead, but the joke is played well. Which do you think is faster, a zombie or a decrepit old man (the fabulous Richard Briers) on a walker? Three cheers if you guessed the old man! Though there are plenty of age-related jokes, this feisty group of retirees is rarely the butt of them. They are smart, savvy, and adorable as they put their heads together to save the day, and they’re hardly squeamish when faced with the gory business of decapitating zombies with power tools.

As if this story weren’t winning enough as it is, it turns out that the robbers are two brothers and a cousin who hope to use the money to help relatives who are being displaced by the imminent closure of their retirement home. Can you guess which retirement home that is? Having secured the money, the robbers begin their dangerous trek across town to rescue their aged family members. At the heart of all the badass zombie fighting is a sweet story about a bunch of kids trying to right by their grandparents in the wrong way. It’s enough to bring a tear to your eye – no small feat for an action/comedy/horror film. 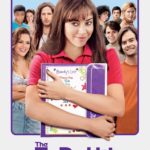 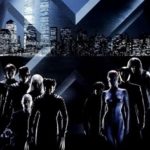