Deftly written, directed, and acted, Vacation manages to explore suburban family dysfunction without being dysfunctional.
By Jenniferon May 27, 2013
0 Comments
Our Rating 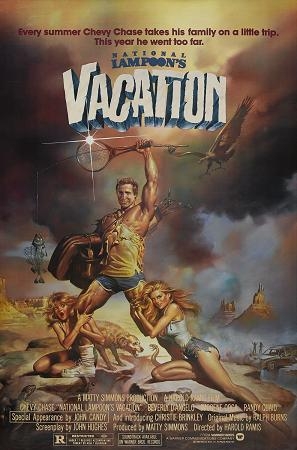 I feel like there’s really no limit to the number of times I could watch National Lampoon’s Vacation, the disastrous adventure that first introduced us to the hapless but infinitely relatable Griswold family. Though the characters and the events that befall them are often way, way over the top, there are also subtle nuances that keep it real. On the surface, it’s about an ill-fated cross-country trip, but the more you watch it, the more you realize it’s about family and the profound frustration we endure for the people we love. It is at once crass and sweet, broad and understated, as only a film penned by John Hughes could be.

Clark Griswold (Chevy Chase) is the sort of family man who spends most of the year absorbed in his work and lost in his own head. He clearly wants to be an involved husband and father, but that would require more that the affable but cursory interaction he has with his children on a daily basis. Instead, he uses special occasions to convince himself that he actually is that person. He’s driven by a strange mix of idealism, delusion, and bravado, so it should come as no surprise that his dream vacation to Wally World (now built up beyond the wildest of expectations) is fraught with wrong turns, lost credit cards, hillbilly relatives, corpses, flaring tempers, boredom, and visits to less-than-attractive attractions.

Clark may do stupid things, but he’s not a stupid person. Perhaps no one understands that better than his smokin’ hot wife Ellen (Beverly D’Angelo) who is both tolerant and tough, playful and no-nonsense. The dynamics of their marriage are fascinatingly complex for a comedy – you can tell she’s a little smarter than he is, but loves him so completely that she’s willing to accept the sort of partner who will dry the dishes after you scrape them (yes, you read that right). This makes Clark’s perpetually wandering eye and clumsy flirtation with a sexy young thing in a sports car (Christie Brinkley) all the more puzzling, but again, it seems rooted in Clark’s insecurity. He flirts not so much because he wants to cheat, but to convince himself that he’s still got it. As if there could be any question after watching him do a jaunty come-hither dance that incorporates a sandwich that the dog wet on!

Perhaps the best part of the movie is that the more you watch, the more you notice the quick deadpan one-liners, the blink-and-you-miss-it sight gags, and the surprisingly dark and subversive nature of the humor. Deftly written, directed, and acted, Vacation manages to explore suburban family dysfunction without being dysfunctional. Like most people, it keeps its darkest parts just out of sight, and exists in a world of picnic lunches, amusement parks, and station wagons. No one said it was a good picnic lunch, but sometimes you’ve got to go through the motions of having a nice time to keep insanity from setting in.

Extra features on the 30th Anniversary Edition Blu-ray include an introduction by Chevy Chase, Randy Quaid, and producer Matty Simmons, commentary by Harold Ramis, Chevy Chase, Randy Quaid, Anthony Michael Hall, Dana Baron, and Matty Simmons, the original theatrical trailer, and an 85 minute A&E Special “Inside Story: National Lampoon’s Vacation”. Though clearly formatted to accommodate commercial breaks and therefore a bit repetitive, the special includes interviews with Harold Ramis, Matty Simmons, Chevy Chase, Beverly D’Angelo, Anthony Michael Hall, Dana Baron, Eugene Levy, Miriam Flynn, Christie Brinkley, and Jane Krakowski and offers an in-depth look back at the making of a modern classic. It’s impressive that the entire cast remembers the experience fondly enough to show up for a retrospective, and those that have passed on (John Hughes, John Candy, Imogene Coca, Eddie Bracken) or are off doing their own thing (ahem, looking at you Randy Quaid) are also given ample credit for their contribution to the film. All in all, it’s a loving tribute and a welcome addition to the Blu-Ray. 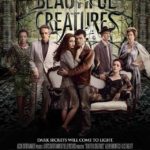 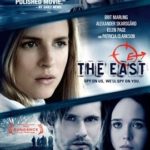