Take a deep breath… the doctor is regenerating again!
By Lindaon September 25, 2014
0 Comments
Our Rating 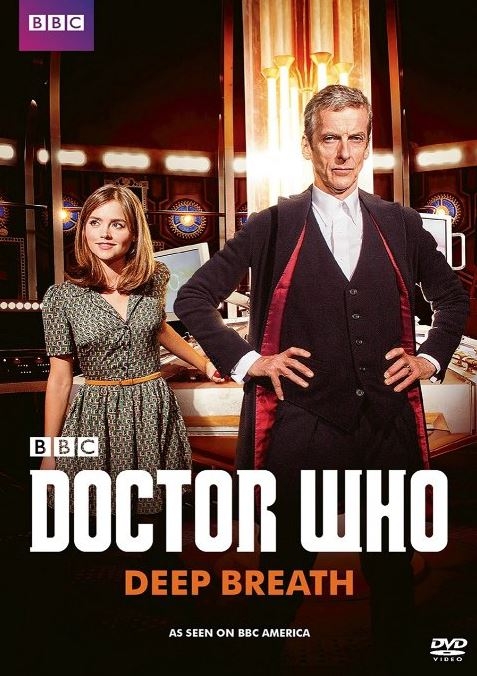 For those who have lived in a cave, Doctor Who is the (VERY) longing running (50 years) British sci-fi show about a time-and-space travelling doctor that thought of a very clever trick to lend to its longevity: If the lead actor wants to move on, or the show wants to re-cast him, why, it doesn’t matter if you get a guy (so far never a woman) who looks nothing like his predecessor. He simply regenerates into a completely new body!

This current regeneration (buh-buy Matt Smith, hello Doctor #12) probably has more media frenzy than ever, as Doctor Who has finally made the leap from cult show on these U.S. shores to a bonafide sci-fi hit. Fans waited with bated breath for the big reveal: The next Doctor will be… Peter Capaldi! Now, unlike many folks, I actually knew who he was, from his role on Who-spinoff Torchwood: Children of Earth, to his hilarious and verbally filthy role as In The Loop’s political spin doctor Malcolm Tucker.

Capaldi’s introductory episode Deep Breath luckily stretches out to 80 minutes to let Capaldi worm his way into the role. In Victorian London, the Tardis is belched out by a Tyrannosaurus Rex who has shown up in the middle of the Thames. The Doctor is a little befuddled, and his companion Clara (Jenna Coleman), perhaps more so. This Doctor is not at all like the Doctor she knew (Matt Smith), whom she may have had some complicated, more-than-friends feelings for. As the Doctor evaluates his new face, he exclaims that he has a face covered in lines, like he has done a lot of frowning, not to mention his “attack eyebrows”. When he speaks, however, he is pleased to find that he is Scottish.

In the background, Deep Breath unfolds as a story about cyborgs, spontaneous combustion, dinosaurs, and regeneration of a different kind. But the heart of the story is really about the Doctor (in his new form) and Clara feeling out how their relationship as “Doctor and companion” will work out. As he feels the need to point out to her, “I am not your boyfriend.” It is a solid start to the Capaldi era, and it will be interesting to see how he makes the role his own.

There are actually quite a few fun features, including the half-hour BBC “live” show where Capaldi was revealed as the new Doctor (it feels excessively drawn out, like a reality-show results show). There is a Prequel scene, with Straxx giving a very quick rundown of the succession of Doctors past. There is also a full, hour-long episode of The Real History of Science Fiction, a BBC series that interviews modern pop-culture sci-fi stars and writers about the evolution of sci-fi themes, in this case “Time”. This is apparently one of four episodes of this series, and it is fun to see these familiar faces geek-out about their favorite shows, books and movies… I want to see more! 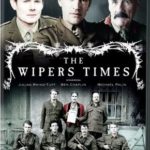 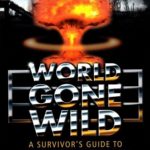