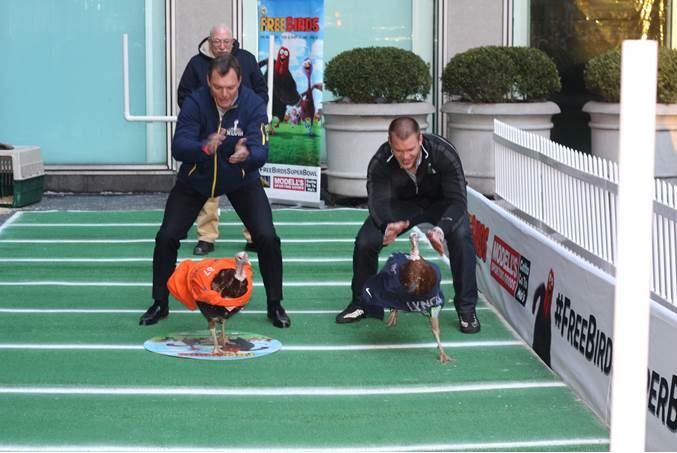 January 31, 2014–Yesterday in New York City, as part of a promo for Free Birds (which comes to Blu-ray, DVD and Digital HD on February 4th), there was a Turkey Bowl Race to predict the outcome of the Super Bowl. Former Denver Broncos Safety John Lynch and current Minnesota Vikings Tight End Kyle Rudolph served as official “coaches” for the racing turkeys, Jake and Reggie (named for characters in the movie). In the end, Reggie sealed the victory for the Seattle Seahawks becoming the first turkey prognosticator in Super Bowl history! GO HAWKS! (And turkeys!) 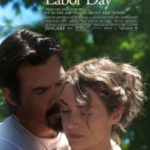 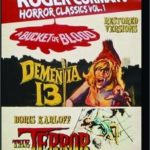