Kevin James and company churn out a formulaic underdog comedy that somehow manages to be effective despite a ridiculous premise, cookie-cutter characters and cringe-worthy dialogue that feels like it was ripped from a (bad) Afterschool Special.
By Lindaon October 12, 2012
0 Comments
Our Rating 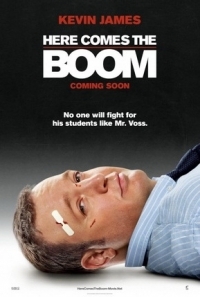 James stars as high-school biology teacher Scott Voss, whose apathy towards his job and his students is rivaled only by his lack of desire to do much of anything else with his life. But when his school’s asshat principal (Greg Germann) decides to can the music program – and, by default, its dedicated, passionate teacher, Marty (Henry Winkler) – Scott suddenly feels like he needs to do something. He knows how much music means to the students, including mousy brainiac Malia (Charice, in a role clearly created just to give her cause to sing on camera), and how much it means to Marty, but HOW can he raise the money needed to save it????

By becoming an MMA cage fighter, that’s how!

In what is arguably the most implausible of all the film’s implausibilities, Scott decides that the best way to earn hefty amounts of cash is to enter MMA battles… because the loser still gets paid. Aided by a former fighter (MMA veteran Bas Rutten), Scott enters the steel cage and takes his lumps over and over again, all the while trying to win the favour of his school’s comely nurse (Salma Hayek).

Anyone who’s ever seen a movie before will be able to telegraph the ending (and, probably, all plot points in between) as soon as Boom begins. And, predictably, the story unfolds exactly as you think it will. While that’s fairly forgivable – after all, it’s called a formula for a reason, and a plethora of films have used it – the film can’t seem to decide whether it’s a juvenile comedy or an inspirational, feel-good family film. The juxtaposition of tones doesn’t really work – vomit jokes (which have apparently become the new “fart jokes”) in one scene, cloying sentiment (accompanied by the requisite now-is-where-you-cry music swells) in the next? No.

Then there’s the suspension of disbelief. First, you have to buy that not one other teacher in Mr. Voss’s entire school cares about the music program or Marty. Really? No one??? Then you have to swallow that becoming an MMA fighter is the ONLY solution to the financial problem. Come on. No corporate sponsors? No special-interest story on the local news to generate public support? No parents rallying to have their kids’ beloved music program saved? Oh wait, no… because the “parents” are all represented by Malia’s clichéd restaurant-owner father, who thinks music (and school, for that matter!) are useless pursuits, and who’d rather have his talented daughter work as a waitress.

All that said, Boom is not without its saving graces. James is a likeable guy and, despite his flaws, so is Mr. Voss. Bas Rutten is charming and funny and the movie’s best-kept secret, frequently stealing scenes with his enthusiasm. And, though it’s no surprise how the movie will inevitably end, the journey to the Big Climax – especially in the film’s final 20 minutes or so – is surprisingly heartfelt. I will fully admit that I even teared up at one point.

Here Comes the Boom is easily digestible and, to its credit, unexpectedly clean (no foul language to be found). It will no doubt entertain the masses and, at its core and with clunky execution, ultimately does deliver a nice, feel-good message. 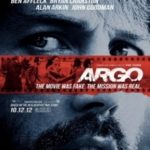 PreviousArgoNextE.T. The Extra-Terrestrial to be immortalized at Madame Tussauds 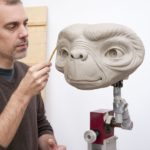