I wanted to envelop myself in red silk and roll in a pile of yellow leaves when it was over.
By Lindaon August 30, 2013
0 Comments
Our Rating 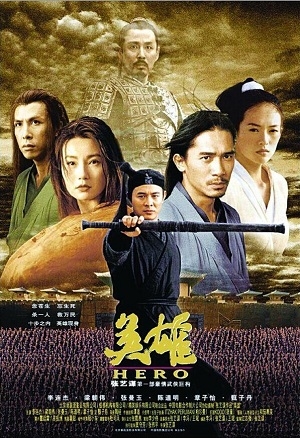 Hero is perhaps the most astonishingly beautiful-looking movie I have ever seen.

Yes, EVER. To put it bluntly, I was simply stunned while sitting through this film. I don’t think I was the only one, because the theater was strangely silent during the film. I think everyone has stopped breathing, like a collective gasp of awe that lasted the length of the movie.

The frame is a canvas of bold colors, of flowing fabrics, of blowing hair, of endless landscapes. I wanted to envelop myself in red silk and roll in a pile of yellow leaves when it was over. I wanted to dive into a pool of water. I wanted to spin through the air like a top, but still look elegant when I landed. I wanted to stand atop a craggy rock in the desert and look heroic like I could save an entire civilization with one noble gesture.

Hero is a Rashomon-type story… a tale told in several different perspectives, each version having a different color palate on screen. An assassin who calls himself Nameless (Jet Li) is allowed to hold conference with the King of Qin (Daoming Chen). The king, who is trying to conquer and therefore unite the seven kingdoms of China, has had attacks on his life left and right, so has not allowed anyone within 100 paces of him, as he fears for his life. Nameless has come to tell him that he has disposed of the three biggest threats to the king’s safety: the assassins Sky (Donnie Yen), Broken Sword (Tony Leung), and Flying Snow (Maggie Cheung); and therefore has come to collect his reward.

But the king is crafty. Nameless tells of how he first disposed of Sky, leading him to defeat the other two. But as Broken Sword and Flying Snow are well-known to be lovers and loyal partners, it is more difficult to convince the king that he killed not one, but both of them. Who is this nameless assassin? How could his sword be so swift as to defeat the most respected and feared fighters in the land?

As the story is questioned, the story changes. The king doubts, calling Nameless on the plot holes, and the tale shifts, morphing not only in details, but in mood. The story of Sword and Snow’s defeat is presented with boiling passion as a catalyst, then loyal sacrifice, and finally blind trust and faith.

Tony Leung and Maggie Cheung should be cast as lovers in all of their films. The smoldering emotions that worked so well in In the Mood For Love are also apparent here. They simply have a wonderful chemistry together as partners. Jet Li is solid in his dramatic scenes, and of course has fantastic fight sequences. Crouching Tiger‘s Zhang Ziyi is also present as Moon, Broken Sword’s loyal minion. The youthful passion and feistiness that made her so memorable in Ang Lee’s hit, makes her bounce off the screen in this film. She is blinded by her strong emotions and is a loose cannon. Out of all the fantastic fight scenes (all the major players get to fight each other in one way or another), Moon and Snow’s fight in the yellow-leaves forest just may be the highlight.

In a way, Hero‘s plot is almost secondary to the glorious tapestry of the film itself. But that is not a bad thing. It is almost like a visual poem, with brushstrokes of color filling the screen. Every shot could be framed, and some scenes are simply so beautiful, your heart practically skips a beat. Hero is a bold story, rather simple in narration, and absolutely stunning in execution.

Hero has been remastered for the Special Edition DVD and Blu-Ray release, and because it is such a stupendously gorgeous movie, those especially with Blu-Ray players may want to make the upgrade just for that. As far as extras, there is only one new extra that is different from the previous release: “Close-up of a Fight Scene,” which is a short featurette about the fight between Nameless and Sky. Otherwise, you’ll find the same extras as before: the behind-the-scenes doc “Hero Defined,” plus there are some storyboards, an ad for the soundtrack, and “A Conversation with Quentin Tarantino and Jet Li,” which has the two yakking about Li’s career as well as Hero. Overall, still kind of skimpy considering what an amazing film this is. 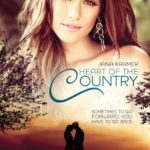 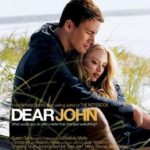