Here’s the funny thing about Hot Docs: sometimes, you stumble upon a gem completely by accident. This morning, I’d planned to go see A Dangerous Game at the Bader. I checked the bus schedule (again, being newly a little farther from the downtown core means I need to carefully plan my commute), stood at my bus stop to catch a bus that would get me to the venue well in advance of showtime (because the Bader seems to attract early birds and I have a very specific I want)… and then I waited. And waited. And waited.

In fact, I stood at the stop for just over half an hour before the next bus pulled up. Knowing that the likelihood of getting to the Bader in time to not be lined up on University was slim, I made a last-minute course correction. Instead of the Donald Trump doc, I decided to take a chance on an 11am screening at the Lightbox 1. It’s a big theatre, my favourite seat there is often vacant, it’s Sunday morning… why not? 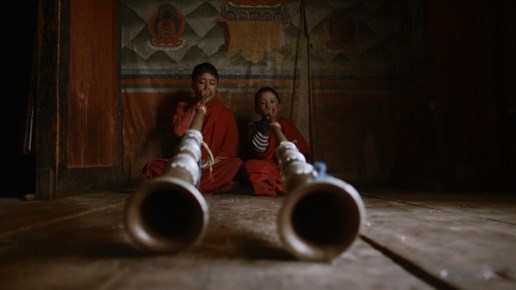 And I’m glad I did, because I’m pretty sure Happiness (7/8) was a better fit for me, anyway.

Directed by Thomas Balmès (of Babies fame), this beautifully shot and borderline meditative film is set in a remote village in Bhutan, and revolves around Peyangki, an eight-year-old boy who lives in the village. His well-meaning but overwhelmed mother (she has six kids) sends him to a monastery, where he tries to focus on devotion but has more fun doing cartwheels against the spectacular backdrop of the mountains. When he gets the opportunity to visit a nearby city for the first time, he embarks on an eye-opening adventure, filled with new sights, sounds and the discovery of television.

I really enjoyed Happiness, but here’s the thing: I really can’t explain why.

There were things I didn’t like about the film – there’s little context for the proceedings (what I knew, I only knew because I’d read the program book), there’s a curious dramatic feel to some of the sequences (as though they were scripted, not captured as they naturally occurred), and the story thread about Peyangki’s village getting electricity for the first time actually seems out of place and unnecessary… even though Balmès, who was on hand for a post-film Q&A, said he’d originally set out to make a film about Bhutan finally getting television and internet. Despite all those things, I found an intangible magic to the film, and a central figure who’s hugely watchable. 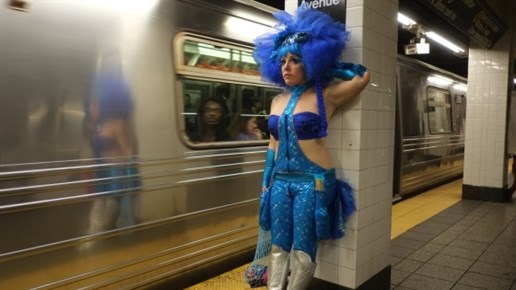 Interestingly, my second film of the day – and, sadly, my last one at Hot Docs 2014 – turned out to be the polar opposite, content- and tone-wise.

Sleepless in New York (5/8) is about heartbreak – specifically, the emotional, psychological and physical pain of being in love… and then suddenly being rejected. Directed by Christian Frei (War Photographer), the doc follows two recently dumped New Yorkers – Alley and Michael – each trying to get over their respective lost loves, and one burlesque performer (Rosey) eager to reconnect with a stranger she kissed, and connected with, at the shark tank on Coney Island. Anthropologist Helen Fisher provides insight and commentary throughout, and actually uses MRIs to capture the brain’s activity during heartbreak. The result is a sometimes-moving, sometimes-not portrait of what it means to be lovesick.

While the subject matter is undeniably universal and interesting, I found the film to be just okay. Though its content is often intimate and raw (Alley talks openly about her now-ex having video clips of her masturbating – TMI, perhaps?), I didn’t find the subjects overly engaging. The filmmakers put up flyers in Manhattan, seeking newly heartbroken volunteers for the project, but I’m not sure if the three featured in the film were the most compelling, or simply the only ones who answered the call. A couple of sequences in the film (Alley angrily declaring herself “DONE!”, Rosey removing an item from her altar) were, I think, meant to be serious but wound up eliciting laughs from the audience instead. There was a good deal of relatable, connect-able material in the film, and it was all fine, it just didn’t wow me. There was a mildly clinical approach, and there wasn’t the tug at my heart that I think is needed for a film like this to truly connect with its viewers.

No one was on hand for any kind of post-film Q&A (not surprising, as it’s the final day of the festival and almost all the industry folks have cleared out), so that was that.

My 2014 Hot Docs was over. But what an AMAZING festival it was!

I’ll be back with final thoughts later. 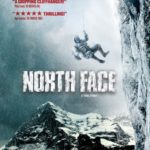