Sometimes at Hot Docs, you wind up seeing films that feel like they were destined to be a double-bill. The might be united by theme, topic, style… or all of the above. That was the case with this pair, each one profiling a Millennial who built, and then lost, an empire. 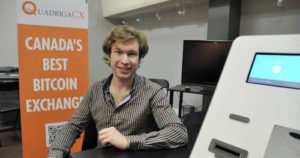 Full disclosure: I don’t really understand Bitcoin or cryptocurrency (I’ve tried and failed), and I still don’t really know what the difference is between a “hot” and “cold” wallet (whaaaa…?), but that didn’t stop me from appreciating director Sheona McDonald’s cyber-mystery about Gerald Cotten, the maybe-dead, maybe-not-dead, definite-fraudster founder of cryptocurrency-exchange Quadriga. You likely heard about Cotten’s 2018 death in the news, when it was revealed that the young Canadian entrepreneur, just 30 years old, had some $169 million of investors’ money locked on his password-protected laptop at the time of his (probable) death… without anyone anywhere knowing what that password might be. McDonald’s film tries to unravel the mystery surrounding Cotten’s untimely demise (or was it a faked demise?), weaving together interviews with some of his former peers and disgruntled investors, as well as insights from financial experts and investigative reporters, who have been probing the case since the news about the massive amount of missing money first broke. It’s all the stuff of a great Hollywood thriller, complete with secret aliases and criminal histories being revealed; the super-sketchy details around Cotten’s death in India; a Haitian zombie-death-potion (!) recipe; and all sorts of whispers surrounding Cotten’s ex-con ex-business partner — and Cotten’s elusive widow, to whom he bequeathed his assets in his will just a couple of weeks before he died. Or “died,” depending on your point of view. While I’m not sure the doc provides any new information or hypotheses that haven’t been revealed in the assorted articles and reports that preceded it, and its digital effects felt needlessly distracting, the film is still twisty enough to merit a watch. 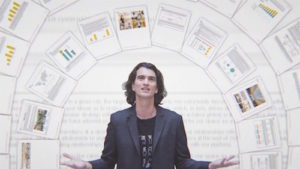 This interesting Wolf of Wall Street-esque cautionary tale about what can happen when you combine huge risk with humungous hubris (and a lot of hype) earns the distinction of having possibly the longest title of any film at the festival. The doc itself, directed by Jed Rothstein, is an entertaining chronicle of the epic rise and fall of entrepreneur Adam Neumann, the messianic face of WeWork, a co-working-space company and one-time venture-capital golden goose, whose perceived potential and heady promises drove WeWork’s valuation into the stratosphere. On the surface, WeWork (and its myriad, increasingly weird subdivisions: WeLive, WeGrow, WeOS, etc.) appeared to be a massively successful Millennial-driven company where nebulous goals like “world domination” and “finding your purpose” veiled some creative “financial engineering” — essentially, a shell game that made the mega-corporation appear profitable when, in fact, it was burning through tens of millions of dollars a week at its peak. Neumann became something of a god to legions of young tech startups, eager to join his “We” army and reap the rewards… only to have it all come crashing down around them. The filmmakers gather accounts from former WeWorkers and now-disillusioned disciples, who paint a largely unflattering portrait of their one-time professional guru and, in the end, reveal that Neumann was essentially just a charismatic business-world dilettante who — despite the purported communal, all-for-one-and-one-for-all, let’s-grow-together business model under which he claimed to operate — prioritized one thing above all else: himself.