Though the festival still runs for one more day, I have to get back to real life and to work, which means missing Sunday screenings for the sake of laundry, cleaning, grocery shopping and all the other things I’ve neglected while hopping from film to film over the past 10 days. I rearranged the docs on my final day of festgoing multiple times – I wanted to make sure I ended on a high note and not bemoaning making a poor selection for my last screening of Hot Docs 2018. I’m pleased to report that my indecision and waffling landed me two solid choices!

I will admit that I knew absolutely nothing about renowned Australian street artist Anthony Lister when I took my seat at Hart House for Have You Seen the Listers? (6/8). I just happen to enjoy films about creative people and their processes, and was rewarded with an unexpected surprise. Directed by Eddie Martin, the film is a nearly two-decade

portrait of Lister – who’s super-talented and wildly driven, but to the detriment of his relationships with his wife and kids – and made up almost entirely of archival footage (home videos shot by Lister, his family and their friends) that chronicles his entire journey from determined teenager to successful but troubled adult, for whom fame and substance abuse become increasingly problematic. It’s truly a Boyhood-esque, year-by-year look at the evolution, devolution and resurrection of both the man and his art. In fact, the audience doesn’t so much as catch a fleeting glimpse of present-day Lister until the film’s final 10 minutes or so, which was a brilliant creative move on the part of the filmmakers. Revealing and personal, the doc makes it clear that despite his problems, Lister is a unique talent and, more importantly, a loving, caring father prone to screwups, but who nonetheless keeps trying.

Lining up at the Lightbox for my final film was bittersweet – as pooped as I am from the non-stop filmgoing, it’s always sad when the festival ends. On the upside, On Her Shoulders (6/8) brought Hot Docs to a strong, if sad, close for me. It’s not really a fun or easy

documentary to watch, but its story is powerful. The film, directed by Alexandria Bombach, is a brutally frank profile of Nadia Murad, a twentysomething human-rights activist and Yazidi refugee, who became a prisoner of ISIS after the group took control of her Yazidi village in northern Iraq. The doc tracks her over what seems like about two years, as she becomes the “face” of the Yazidi crisis, being asked to retell her horrific story of rape and abuse over and over and over and over again in the hopes that somehow she can rally world leaders to intervene, to help her fellow citizens and to punish those responsible for the genocide. Even Amal Clooney takes up her cause. But watching the film is like watching Murad having to tear open an unhealed wound again and again as she faces probing questions from reporters, journalists and politicians, many of whom wind up looking weirdly condescending and clueless, even though I’m sure their hearts and intentions were in the right place. The toll all of this takes on Murad is obvious, exhausting her physically and emotionally as she, an extraordinary young woman who just wants to be an ordinary young woman, finds herself saddled with the responsibility of saving an entire ethnic group.

And with that, the festival was over for me. It was another FANTASTIC year, filled with countless fascinating stories, intriguing people and wonderful discoveries. Attending Hot Docs is like freebasing knowledge, so thanks to all involved for helping my brain to grow three sizes over the past 10 days. See you in 2019! 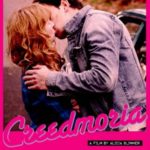