The weather forecast for Friday was not promising: rain and extreme winds. Not the kind of weather you want to find yourself in when you’re standing in line outside, which was the case for my first two films of the day. Thankfully, the first batch of rain passed through before I arrived at the Bader, and it stayed away until I was safely ensconced indoors at the Lightbox later on. But I digress – on to the movies!

First up was More Human Than Human (4/8), which examines artificial intelligence and robotics, and what both mean for the future of the human race. (Spoiler alert: robot overlords!) I was hoping for something new and insightful and fascinating, but the film is basically

a retread of everything we already know and everything we already fear – clips from every “machines will rule the world” film or TV series ever made are interspersed between assorted AI experts, robotics experts and author Daniel H. Wilson (who penned Robopocalypse and who unfortunately comes off as a hipster stereotype) all discussing the pros and cons of an automated society… but there’s nothing new in there. The overarching message is that, yes, there are benefits (robotic limbs for amputees, robots doing jobs humans can’t or won’t do, etc.), but that scientists’ hubris means they continue to ignore the perils. More Human also has a creepiness factor of about 11, and every robot onscreen looks like it could lay waste to its inventor in a heartbeat (thanks, Hollywood!). Also, a heads up: despite what the synopsis in the official fest schedule says, the director does not, in fact, set out to build a robot to replace himself – it’s just a computer program and camera designed to simulate an interview experience.

Next up was probably my most-anticipated film of the fest – and, judging by the rush line, for a slew of other festgoers as well. And, really, who wouldn’t want to see a movie about puppies?!

Co-directed by Dana Nachman and Don Hardy, Pick of the Litter (8/8) tracks a five Labrador Retriever puppies – Patriot, Primrose, Potomac, Poppet and Phil – as they train to become seeing-eye dogs for the blind. Who’ll make the cut? Who’ll be “career changed”

(read: disqualified) when it becomes clear they don’t have the right stuff? And how hard will you cry when the dogs have to say goodbye to the foster families who have raised/trained them for a year to 18 months? Without question, Litter is off-the-charts adorable and sweet, but bring your Kleenex, because it will also make you cry… more than once (see above re: goodbyes). The dogs’ training is juxtaposed with the equally moving stories of the blind people who are eagerly anticipating a dramatic improvement in their quality of life when they’re eventually gifted with one of the furry graduates. It’s a doc that will tug at the heart of any animal lover, and it was surprising how super-invested the audience became in each dog’s progress, awwwwing if one failed a test and applauding when they passed. It’s probably one of the feel-goodiest films screening at the festival this year, and one that left nary a dry eye in the house by the time it was over.

As an unexpected bonus, I got to watch the film while sitting between two service dogs in training (a nine-month-old Lab and a ten-month-old Lab), whose respective foster moms had come to the screening. It was a bit like sitting between a pair of rambunctious four-year-old kids, but they finally settled and konked out to sleep, jerking awake only when a squeaky toy was squeaked onscreen.

When I exited the Bader to head to the Lightbox, it was pretty windy, but I managed to avoid being outside during the tree-downing, power-outaging wind storm that rolled through in the late afternoon (115 km/hr winds!).

Instead of witnessing Mother Nature’s power, I witnessed the power of creativity and the spoken word. Think poetry is boring? You’ll think again after seeing Don’t Be Nice (7/8), directed by Max Powers, which chronicles the journey of the Bowery Slam Poetry Team

as they write, rewrite, tweak, sharpen and rehearse in preparation for the national slam-poetry championships. The hugely talented quintet – Ashley August, Sean “Mega” DesVignes, Tim DuWhite, Joel Francois and Noel Quinoñes – and their coaches, Lauren Whitehead and Jon Sands, spend several months honing their poetry into masterful, magical, transformative works, the emotional delivery of which made me tear up several times. The film is powerful and deeply personal, with the young poets tapping into the raw material of their lives to extract the core of an experience… and then digging even deeper… and deeper… and deeper in search of what’s truly behind it all. If you love words and word play and the art of creative creation, you will be transfixed by this team and how they work. The filmmakers do a great job of capturing the high-stakes energy of a slam competition, which turns reading poems into a gladiator bout, and introduce audiences to gifted young poets – not to mention the fierce force of wisdom and guidance that is Whitehead – whose talent and words will feed your brain and stir your soul.

Here’s the thing, though: when I got home from the screening and started researching its participants (“is it Bowery Club or Bowery Poetry Club or Bowery Slam Team?”), I stumbled upon this New York Times article posted on May 1st, in which several members of the slam team denounce the doc. What? Oh no. Was what I just saw now tainted? Should I not love the movie as much as I did? The police-shooting videos the poets cite did feel out of the place in the film, but finding out that the footage might have been manipulated to create a storyline that didn’t actually exist was troubling. (Anyone who’s read my Hot Docs reviews over the years knows how much I hate narrative manipulation.) So it actually took me a day to figure out what I wanted to say about the film, and how to review it.

In the end, I decided that despite the controversy, Don’t Be Nice remains a stellar showcase for the work of these beyond-talented wordsmiths. That’s what I took away from it, even after reading the NYT piece. And, to me, that’s the most important take-away. The sad irony that a film about artists sharing their truths in an honest way could itself be dishonest was disappointing, and it did go from a full-pie rating to 7/8 as a result of the questionable tactics. But I’m really hoping the filmmakers recut the offending sequences to reflect the truths of its subjects, and that the final final cut will be celebrated by all involved. 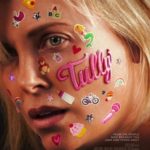