Only one film on the docket yesterday – the documentary Cleanflix (7/8), which examines Utah-based companies that “sanitize” Hollywood films by editing out sex, nudity, profanity and violence. Co-directors Andrew James and Joshua Ligairi profile a number of shop owners, who explain their businesses and the demand for the services they offer… especially given their location in the Mormon-centric state, where watching R-rated films is prohibited by religion. As the film unspools, though, it becomes as much a look at how quickly money can corrupt as it is about artistic integrity vs. censorship.

And, even more interestingly enough, the owners of these companies actually make some valid points – most notably: there is a big market for “clean” versions of Hollywood films, but Hollywood isn’t providing them to the consumers. Studios edit films for use on airplanes or television or foreign markets, but those same edited films are not available for rent or purchase by Americans. Why? There’s some great discourse on the subject, and a number of notable directors – including Steven Soderbergh, Neil LaBute, Michael Apted and Michael Mann – contribute to the film.

There was a fantastic and super-long post-film Q&A with the directors, a couple of their subjects and a number of crew, and I was totally impressed with the intelligent questions posed by my fellow audience members.

Speaking of Q&A sessions, I’d also like to reiterate something I’ve cited in TIFF diaries and assorted film fest coverage I’ve done in the past: all moderators are not created equal, and TIFF seems to have the broadest spectrum in terms of quality. Some are really awful (they shall remain nameless but I quietly groan whenever they take the stage) and some, like Sarafina DeFelice, are awesome. She’s new, but is becoming the Myrocia Watamaniuk of TIFF 2009 for me. 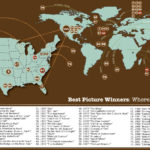