Looking for a few titles to add to your must-see list?

I checked out a bunch of pre-fest screenings and all four of these films reminded me why I love documentaries – and this festival – so much!

Oh, how moving, magical and heartwarming this film is. I absolutely LOVED it. Directed by Oscar-winner Morgan Neville (20 Feet from Stardom), the comprehensive and insightful doc traces the history of the iconic PBS children’s series Mr. Rogers’ Neighborhood and its amiable lead, Fred Rogers, from the show’s inception right through to the early 2000s. Filled with archival behind-the-scenes footage, and present-day interviews with Rogers’ family and many members of the production team, the film reveals that Rogers was just as kind, gentle, loving and caring off-camera as he was on – a welcome relief in an age when we’re witnessing many of our childhood idols falling from grace. Neville also makes it clear that Rogers was far more progressive and political than any of his young viewers realized. One tip: bring Kleenex. Though there are numerous tear-jerking moments throughout the doc, its final, beautifully crafted 60 seconds are designed to make you weep. 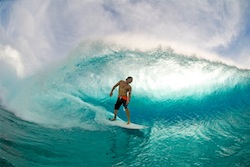 If you’ve read any of my Hot Docs coverage over the years, you know I *love* surfing documentaries, so it’s no surprise this one was on my must-see list – and it did not disappoint. For a while, Andy Irons was a pro surfer riding a literal and proverbial wave of success. But as this eye-opening and often poignant doc from co-directors Steve Jones and Todd Jones reveals, he was also struggling with bi-polar disorder and, once he started throwing alcohol and opioids into the mix, began a downward spiral both personally and professionally, eventually dying at 32 from a heart attack and complications from drug use. Featuring breathtaking surfing footage and extensive interviews with Irons’ family and friends – including his younger brother, Bruce, and fellow pro-circuit surfer Kelly Slater – alongside archival clips of Irons at various points in his career, the film sheds light on a talented guy perpetually, and to the point of self-destruction, chasing an elusive and unattainable high.

I Used to Be Normal: A Boyband Fangirl Story (7/8)

Fun, charming and feel-good are just three of the adjectives I’d use to describe this lighthearted – and affectionately reverent – look at women and girls who are obsessed with boy bands. Directed by Jessica Leski and shot over several years, the film is aptly titled: this isn’t a dry, academic examination of fangirlism, so you won’t find psychologists and anthropologists dissecting why teen girls go ga-ga over boy bands. Instead, it’s a joyful, celebratory look at four unabashed fans – Elif, who weeps over One Direction; Sadia, who loves the Backstreet Boys (esp. Nick); Dara, a marketing exec and Take That superfan; and Susan, whose love for The Beatles has spanned decades – who each explain their devotion and dedication to their respective beloved musical acts. In a sea of Heavy and Serious Films playing at this year’s fest, this one is a very sweet and entertaining respite guaranteed to leave you smiling. 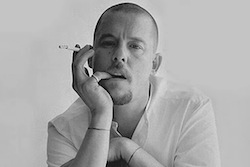 Super-slick and gorgeously produced, this biography of avant-garde British fashion designer Alexander McQueen – who committed suicide in 2010 at age 40 – is packed with archival video, and interviews with friends, family, colleagues, critics and models, to provide insight into the dark visions he brought to life on the catwalk – and the troubled mind that conjured them. A kid from East London, McQueen rose through the fashion ranks after plying his trade as a teen sewing suits on Saville Row, eventually being appointed head designer at Givenchy and shaking up the fashion world with his outrageous designs and shocking runway shows. Co-directors Ian Bonhôte and Peter Ettedgui stitch together a compelling and, at times, heartbreaking portrait of creative genius, revealing the gentle, somewhat awkward, enigmatic man behind the label.