Whether it’s exposing a scandal, understanding a political ideology, or battling a financial crisis, these three films revolve around individuals upending long-standing systems of sport, government and the big banks. 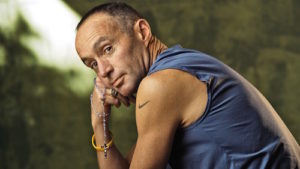 Director Paul Kemp’s exposé of the 2019 doping scandal involving renowned Nike-backed marathon runner-turned-coach Alberto Salazar, and the company’s influence (for better or worse) in the sport of running since its inception, is bound to spark discussion. A world-record-setter in the 1970s, Salazar took over the marathon-winning mantle from Steve Prefontaine after the latter’s untimely demise in 1975, and quickly became revered around the world for his relentless pursuit of victory, often pushing himself to the brink of death (quite literally) just to cross a finish line first. When he retired from competition, Salazar turned his attention to coaching and joined the Nike Oregon Project (NOP), an exclusive training program for elite runners, which bred Olympic champions and record setters, including Mo Farah, Galen Rupp, Donovan Brazier, Sifan Hassan and Kara Goucher. Then, in 2019 and after years of investigations, the U.S. Anti-Doping Association banned Salazar from coaching for four years, accusing him of assorted doping-related offences. But were the accusations true? Why did Nike maintain its relationship with a “tainted” coach/program? And were Salazar’s medal-winning runners the product of a coaching genius who used every scientific innovation to his (and his team’s) advantage, or were they given an unfair advantage by a cheating genius who found really smart ways to subvert the system? As well, amid the doping controversy were allegations from some of NOP’s former stars, including Goucher and Mary Cain, that Salazar and Nike often subjected their runners to physical and psychological abuse. Filled with interviews from Salazar’s peers, supporters (including author Malcolm Gladwell) and detractors (including some of his former athletes), the doc never quite answers those questions, presenting evidence but not issuing a definitive ruling… even though it does seem to skew towards one verdict more than the other. While somewhat comprehensive in terms of the breadth of its background material, the doc has received some criticism from women runners for its decidedly male-centric perspective and perceived victim-blaming, which is a valid point — almost all of the experts in the doc are men, and many are Team Salazar. Not surprisingly, both Nike and Salazar declined to participate in the film, so anyone hoping for clarification or insight direct from the subjects of debate will also be out of luck here. 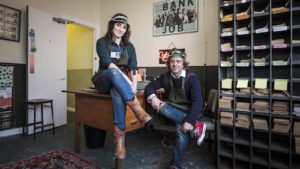 I really wanted to love this doc more than I did. It had been getting a ton of great buzz during the fest and I was super-excited to check it out, so perhaps my expectations were too high or inaccurately set. While still enjoyable, the film doesn’t necessarily match its description – it’s not so much about an enterprising couple creating their own bank and currency as a way of relieving debt. It’s about a creative couple who start a small community-driven social enterprise to print and sell art that looks like currency as a way of earning money to then buy out/pay off other people’s debt and support local charitable initiatives. Co-directed by husband and wife (and stars of the film) Dan Edelstyn and Hilary Powell, the doc also attempts to explain various aspects of debt, not the least of which is that lenders need people to stay in debt because that’s how they make a profit. And, perhaps more importantly, that it’s in society’s best interest to have as much debt as possible erased/forgiven/[your term of choice here]. Feeling a bit like Michael Moore Lite (minus the confrontation), with that same sort of aw-shucks average-Joe approach, at its core this is a grassroots film about an Occupy-inspired grassroots movement, and is a bit rough around the edges. There are B&W “comedic” interrogation segments intended to educate viewers on debt that instead feel clunky and unnecessary, and I kept thinking that infographics (animated or not) would have been a clearer, more effective vehicle for conveying the principles and math of debt than having the two directors educate an unseen police constable while answering questions about their “crime.” It’s a lighthearted and easy-to-watch film, to be sure, but given its fairly important central theme, I just wish it had been a wee bit stronger. 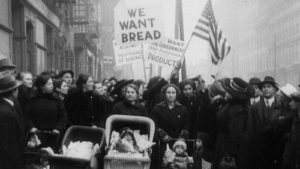 Likewise, I was really looking forward to this documentary chronicling the history, and present-day followers, of socialism in America, but it left me feeling kind of underwhelmed and a little scattered. Directed by Yael Bridge, the film examines the origins of socialism in the United States, revealing that it’s not, in fact, a (literally) foreign concept imported during the Cold War to sow dissent, but actually traces its roots to early American communities as far back as the 1800s. Bridge’s doc explores the subsequent growth of what was once considered a radical political movement, and name-checks famous socialists — from Albert Einstein to Martin Luther King Jr. to modern day Democratic socialists like Bernie Sanders and AOC. It also reveals the struggles and determination of American socialists today, profiling a number of everyday citizens — including a California teacher battling education cuts, and a Virginia Lyft driver turned house-of-delegates candidate trying to improve his community — driven by a political ideology not necessarily shared by the vast majority. But the film feels very dense and scattered. There is a LOT of information and facts and dates and historical events and snippets of animation and talking heads, but it all feels thrown at the screen in a somewhat chaotic, disorganized way. The film repeatedly jumps back and forth in time and between topics, and it was sometimes challenging for me to distill the content to figure out what I was supposed to be understanding in any given moment. The thesis is clear — socialism is woven into the fabric of America — but, ultimately, I found the trailer for the film more cohesive and straightforward than the film itself. 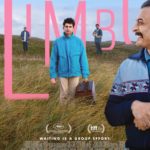