PHEW! It has been a busy few weeks of doc-watching. My final tally, including the two below: 42 films! Not too shabby. And, because I was able to cherry-pick from the full slate of titles on offer, to screen whenever I felt like screening them (vs. being restricted to the usual theater schedule set by the festival), the bulk of my selections turned out to be very good to AMAZING. Thankfully, my final two films likewise proved to be solid picks. 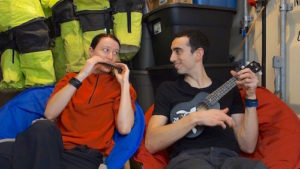 Throughout the fest, I kept looking for buzz about this doc, since it was one of my very early “gotta see it!” picks and I wanted to save it until the end, but there was nothing. Not a peep. And I’m not sure why. Did no one but me see it?

Six young scientists are picked by NASA to live in a 1,200-square-foot geodesic dome in a remote part of Hawaii — cut off from the rest of the world for an entire year — to see what happens when people stop being polite and start conducting real experiments to simulate a mission to Mars. That could be the MTV-friendly synopsis for this compelling film that’s equal parts The Real World and The Martian, which tracks the participants in one of several HI-SEAS (Hawaii Space Exploration Analog and Simulation) projects aimed at studying the physical and psychological effects of extended space travel. The filmmakers armed each of the six with a camera to document their experience, and the film is the result: a compilation of footage revealing the highs and lows as the subjects — who had to eat, sleep, shower, conduct research and live exactly as they would if they were on the Red Planet (right down to the freeze-dried rations) — repeatedly test the limits of their minds and bodies. Do physical and cognitive abilities decline when someone is stuck inside, completely isolated from the outside world, save for two expeditions a week to explore the barren rocky terrain? Although COVID has given the world the answers to these questions, the film was shot in 2015 (the results of the study will be released this year) and it’s fascinating to watch the group change both physically and mentally before our eyes as time goes on. The film does feature some of the strangers-living-together-on-camera tropes (of course they bicker, a romance blossoms, the group becomes divided, etc.), and a couple of the more entertaining and forthcoming participants earn considerably more screen time than their peers (who basically disappear from the narrative), but the whole thing is totally engrossing and could very easily have been turned into a six-episode limited series. I would have watched, for sure.

The Most Beautiful Boy in the World (5/8) 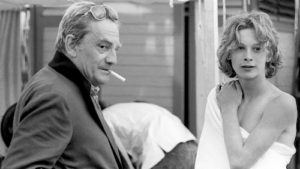 What happens when a young man goes from being a shy unknown to a worldwide phenomenon in a matter of months? Ask Björn Andrésen, who was 15 when he was plucked from obscurity by Italian director Luchino Visconti to co-star as the object of desire of a much older man in the 1971 film Death in Venice. As co-directors Kristina Lindström and Kristian Petri reveal in their somber doc, that was the beginning of a nightmarish whirlwind for Andrésen, who was already grappling with an enormous personal tragedy and whose fame-hungry grandmother pushed the teenaged non-actor to audition for a role he didn’t particularly want. Soon, Andrésen had the “most beautiful boy” label hung around his decidedly reluctant neck, and (though straight) was lusted after by many in the gay community, often having his meals, clothes, trips and lodgings fully paid for by men who wanted to get close to the dreamy screen star. In interviews, the present-day Andrésen — now a gaunt, grizzly chain-smoker with long, flowing white hair and hoarding tendencies — reflects on the overwhelming weight of his overnight fame, the depression and alcoholism that has plagued him in the 50 years since, and the subsequent tragedy that became the tipping point which cemented the downward trajectory of his life. The stark differences between Andrésen then and now are jarring but, I suppose, not entirely surprising: child stars gone awry is nothing new. But the film feels like it’s missing some key details, as though big chunks of Andrésen’s life story, which are sort of alluded to but never explored or discussed outright, have been left out. Maybe that was his choice, maybe it was the filmmakers’ decision, but the result makes the doc, while still a compelling downer, seem a bit… incomplete.

And, with that, another festival draws to a close. I swear when I began posting entries this year, I didn’t plan to finish with post #21, but it feels fitting for Hot Docs 2021. See you all in 2022! 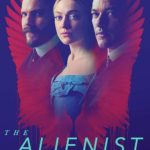